Vinery partner Greg Perry can crown a third Group 1 and a second classic this season if his homebred filly Grace And Harmony is successful in the Queensland Oaks (2200m) at Eagle Farm on June 5.

The Chris Waller-trainee completed a hat-trick in the Gold Coast Bracelet (LR, 1800m) on Saturday following wins at Newcastle and Randwick in April.  She led home a stable trifecta from Signora Nera and Only Words and the trio will endeavour to give Waller his fourth Queensland Oaks since Winx in 2015.

“We pride ourselves on giving our fillies a bit of time and they seem to respond to that,” Waller said.  “You have to have the right horses to do it and James (McDonald) had her handy and timed his run really well.  It was a good performance.”

Grace And Harmony (3f Sebring – Champagne Harmony by Choisir) can cap a wonderful season for Perry that has already been highlighted by Group 1 winners Johnny Get Angry (Victoria Derby) and Artorius (Blue Diamond Stakes).

Perry bought her dam Champagne Harmony under his Greenwich Stud banner for $700,000 at the 2012 Magic Millions National Sale.  She had won a Yallambee Classic Gr.2 and the best of her foals to date has been More Than Ready filly Sezanne who won twice at Canterbury and was a Group 1 runner-up to Global Glamour in the 2016 Flight Stakes.

The mare’s latest is a filly foal from the last southern crop of Vinery legend More Than Ready (USA).

Perry has another More Than Ready filly ready to complete a hat-trick at Taree on Tuesday.  His homebred Patino Ruby will be racing first-up and she has opened an odds-on favourite for the Eddies Fresh Chickens Hcp (1000m).

Patino Ruby won a Muswellbrook maiden in November and was given a break before returning for another easy victory at Scone in February.  Her dam Commanding Jewel (Commands) won a MRC Thousand Guineas Gr.1 for Perry and is a half-sister to Champion Australian filly Atlantic Jewel (Fastnet Rock). 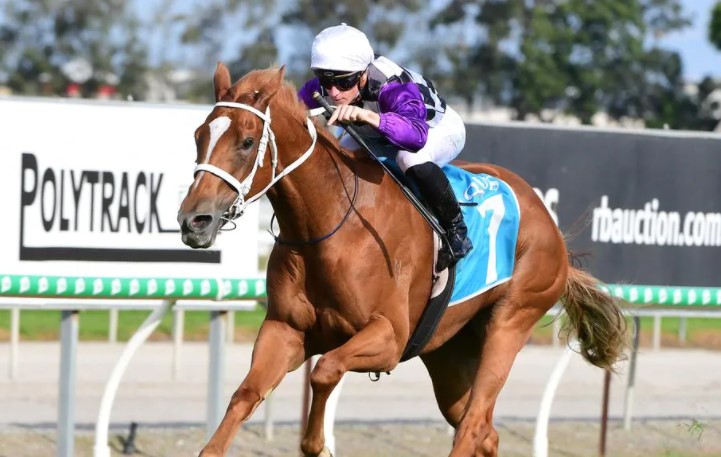