The Vinery brand is back for more black-type at Caulfield on Saturday with Begood Toya Mother and Kooweerup.

Begood Toya Mother is the $3.30 favourite for the Sir Rupert Clarke Stakes Gr.1 and Kooweerup heads markets at $4.80 for the Jim Moloney Stakes LR.

The Big V has been flying with its 3yo fillies this month.  Exhilarates won the Atlantic Jewel Stakes LR at Moonee Valley on September 7 and Bonvicini added the Morphettville Guineas LR on September 14.

More Than Ready’s 3yo filly Kooweerup can complete a Saturday hat-trick that would confirm her place in the Thousand Guineas Gr.1.  She is currently quoted at $21 for the Caulfield classic over 1600m on October 12.

Co-trainer Cairon Maher has been pleased with Kooweerup’s progress since resuming at Moonee Valley last month.  It was her first appearance since winning the SAJC Breeders Stakes Gr.3 in April.

“She was lightly-framed last season and is still furnishing,” Maher said.  “We’ve put a lot of work into her and she’s relaxed and happy.  She’s a filly going places and I’m keen to get her into the Thousand Guineas.”

Kooweerup is bred to get a mile.  More Than Ready sired her from Toorak Hcp Gr.1 winner Allez Wonder (Redoute’s Choice) and she cost Yulong Investments owner Zhang Yuesheng $650,000 at the 2018 Gold Coast Magic Millions.

Trainer Daniel Bowman has Begood Toya Mother spot on for his Group 1 test in the Sir Rupert Clarke Stakes.  “I’ve prepared him to be peaking third up.  He had a good gallop at Casterton on Monday morning over 1000m and is ready to go.”

It’s been 20 years since Vinery sire Testa Rossa won the first of his two Sir Rupert Clarkes and Begood Toya Mother has firmed from $5 into $3.30 for this year’s edition.  He won six straight before a midfield finish in the Memsie Stakes Gr.1 at weight-for-age and drops 7kg on Saturday.

Begood Toya Mother was bred by Vinery employees Mark and Melissa Nevin who have since returned home to England.  He is by former Vinery sire Myboycharlie (Ire) out of NZ-bred mare Lady Of Helena (Kaapstad).

Vinery is represented by Aristia (Lonhro), Dawn Dawn (All Too Hard) and Diamond Effort (Mossman) in the How Now Stakes Gr.3 at Caulfield.

Aristia carried the Vinery brand to a Group 1 triumph in last year’s VRC Oaks and is resuming after an extended spell. “She is starting off from a lower base of fitness and will improve a lot from the run over 1200m,” co-trainer Simon Zahra explained.  “I don’t think she is a genuine staying mare – 1600m to 2000m will probably be her best distance.”

Vinery will also be out in force at Newcastle’s signature meeting on Friday starting with Queensland visitor The Candy Man in the Cameron Hcp Gr.3.

The Candy Man is a mudlark and the prayers of trainer Barry Baldwin were answered this week when the rain arrived in NSW.  The grey son of Casino Prince has won 5 of his 6 starts on soft or heavy surfaces.

It will be his final dress-rehearsal for the Epsom Handicap Gr.1 on October 5.  “I’m yet to win a Group 1 down south but I’ve won a Stradbroke with La Montagna and run second with Baggio,” Baldwin said.  “After the Epsom, we might keep him down there for the (Gr.2) Rosehill Cup in November.”

Local trainer Kris Lees has 7 runners in the Newcastle Cup Gr.3 with Mongolian Wolf priced at $17 behind stablemate Our Candidate ($2.90).

The widely-travelled son of Vinery sire Pluck (USA) has a Group 3 to his credit the Sir Frank Packer Plate at Randwick.  “Mongolian Wolf comes through a really good run at Wyong,” Lees said.  “It’s a very strong race and he has several options ahead including the Metropolitan, Kingston Town and St Leger.”

Sweet Deal can make a well-deserved black-type breakthrough in the Tibbie Stakes Gr.3.  The daughter of Casino Prince won her maiden at Newcastle two years ago and doubled-up at Rosehill and Randwick last month.

“You wouldn’t find a more genuine mare and she’s never been going better,” trainer John Thompson said.  “She makes her own luck and Nash Rawiller has built a real affinity with her.”

Stablemate All Too Free (All Too Hard) could bounce back to winning form after a nightmare run a fortnight ago.  She scored second-up at Canterbury in August but was then the victim of circumstances when caught four-wide without cover at Randwick.

Singapore-based Casino Prince mare What’s New returns from a break in the Raffles Cup LR at Kranji on Sunday.  She won the Silver Bowl LR and Stewards’ Cup LR last season and finished that prep with a fourth-placed finish in the Singapore Derby Gr.1

What’s New is one of four entries for trainer Cliff Brown who has won the last four Raffles Cups.  “She’s a great miler.  She will be first-up over 1600m but I’m not concerned.  The alternative was the Merlion Trophy but she wouldn’t have been suited by 1200m.” 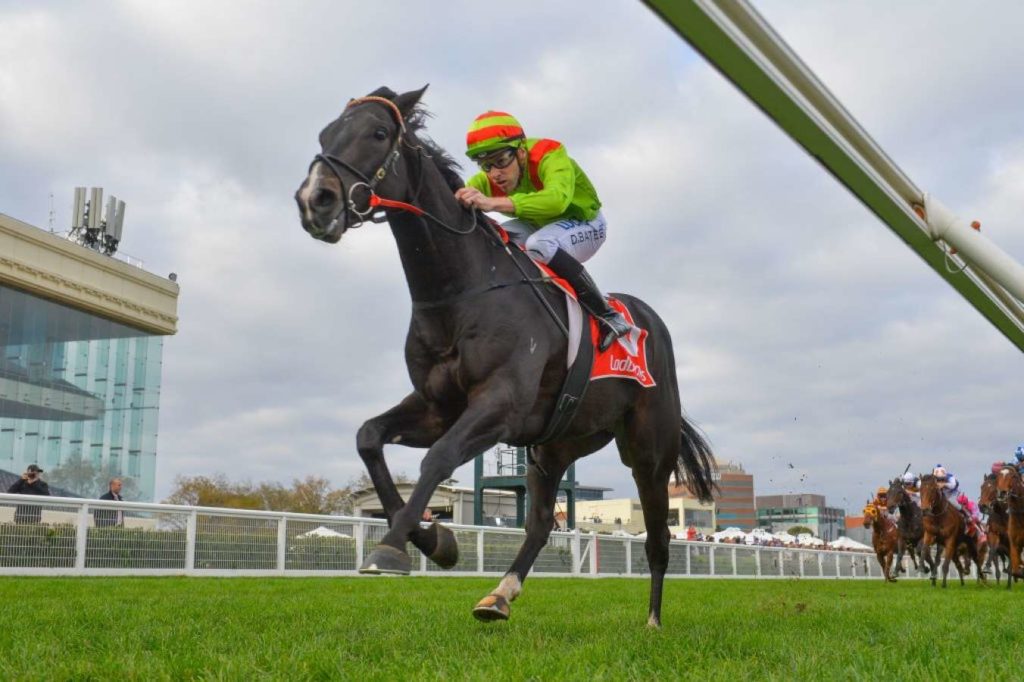