Newcastle racing man Ken Wright didn’t hesitate to pick Star Boy after drawing a slot for The Kosciuszko (1200m) at Randwick on October 19.

The Kosciuszko is worth $1.30 million and Wright has already locked in a deal with trainer Brett Cavanough who prepares the son of Vinery sire Pluck (USA) for Greg Perry and Dave Pyne.

Wright only bought a couple of tickets among the 250,000 that were initially released by Racing NSW in a very successful promotion with the TAB and AHA.  Like all the lucky slot-holders, he acted swiftly to secure what he thought was the best possible representative.

“I guess it’s a bit like winning the lottery,” he said.  “I like a bet and I liked Star Boy after watching his Scone trial on Brett’s Facebook.  He won that easily and then ran a good second at Rosehill last Saturday.”

An electrical foreman based at the Bulga open-cut mine near Singleton, Wright is part of a punting syndicate and has had an interest in a leg or two without much luck.  Being on-site, he missed the Newcastle Cup on Friday but will be centre-stage at Randwick as the horse’s newest connection for The Kosciuszko.

There’s just one decision pending on the gelding’s immediate program.  “Star Boy has got plenty of residual fitness and is ticking over,” Cavanough said.  “He has a lovely turn of foot and a high cruising speed.  If he has another run it will be in a BM88 over 1200 metres at Randwick in a fortnight.”

Based at Albury and then Toowoomba before moving to Scone in April 2017, Cavanough reiterates the thoughts of legendary jockey Jack Thompson when discussing the Randwick 1200m.  “Jack told me it was the equivalent of 1400m anywhere else.  There’s no room for the faint-hearted.”

Star Boy will be trained to the minute by Cavanough and he’s on the third line of pre-post Kosciuszko betting at $9 behind Victorem ($4) and Noble Boy ($4.60).

Cavanough has been training for Vinery partner Greg Perry over many years after first getting acquainted through Cliffy Brown.  He stood stallions at Jindera Park while training in Albury and still owns Duporth (Red Ransom) who is now based at Kooringal Stud in Wagga.

Pluck is a Breeders’ Cup Juvenile Turf Stakes winner by More Than Ready and his stock have one thing in common – they win and win again.  They’re honest and tough like Life On The Wire, Plucky Girl and Happy Go Lucky who all emerged from his first crop with 8 wins as did Cogliere who has won 6 races and earned $348,000.

Star Boy is from his second-crop and has also won 6 races with a possible jackpot just a month away.  Vinery stands Pluck for a $6,600 (inc GST) service fee. 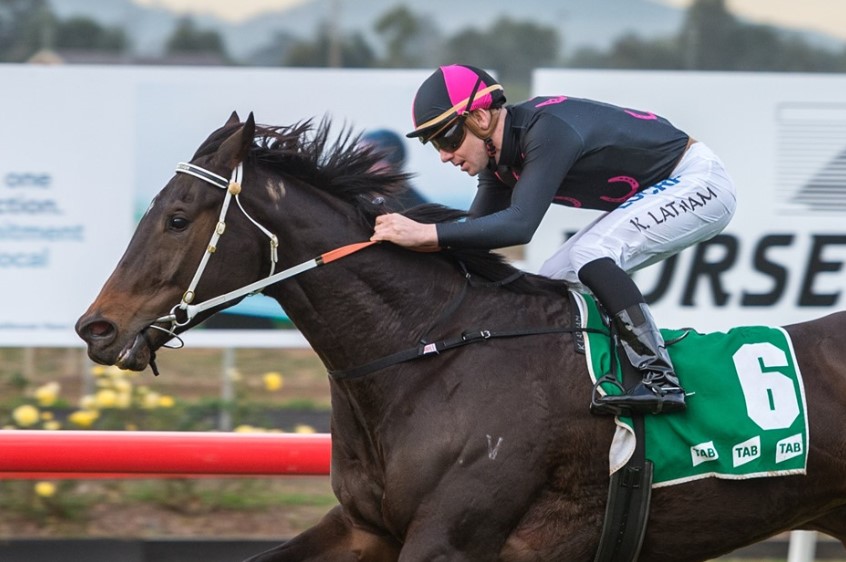