The 3yo filly by Vinery sire Husson (Arg) lived up to the promise shown in private with a comfortable victory in the Family Fun Day Maiden (1200m) at Gawler’s city meeting on Xmas Eve.

Jockey Jake Duffy eased across from an outside gate and gave her a trouble-free run before surging clear in the straight.  “There were no favours with the barrier but I knew she would relax,” Hayes said.  “I like her.  She will be a class filly over middle distances later this season.”

Bewildering stands out in a field with a big white blaze and she’s bred for black-type getting over ground.  Her dam Allez Wonder (Redoute’s Choice) won a Group 1 Toorak Hcp for Bart Cummings and sold for $1 million off the track to Patinack Farm.

Vinery partner Steve McCann of Encompass Bloodstock bought Allez Wonder for $750,000 in 2014 and she has since foaled two colts by All Too Hard and a More Than Ready filly in September.

The older All Too Hard colt sold for $200,000 to DGR agent Duncan Ramage at this year’s Inglis Easter Sale.  The younger All Too Hard has been catalogued as Lot 621 by Vinery (as agent) for the Gold Coast Magic Millions Sale on Friday, January 13.

The Inglis Classic Yearling Sale on Sunday, February 12 will be the first chance to buy a Husson filly in 2017.  Catalogued as Lot 165 at Newmarket, she’s from Rantorini who defeated Group 1 sprinter Watermans Bay in the Listed Raconteur Stakes (1500m) at Ascot and later won the Listed Belmont Oaks (2000m). 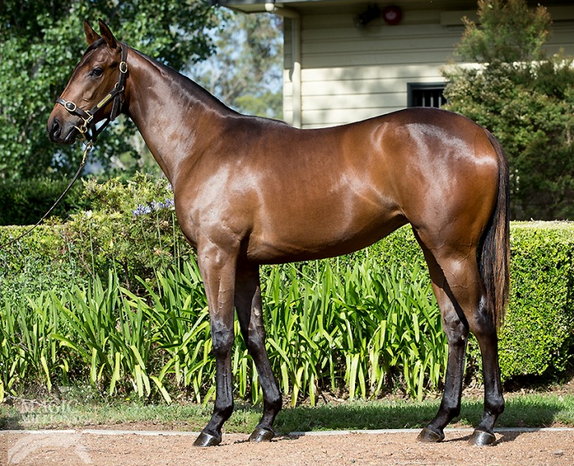