The Adam Durrant-trained filly is from the final crop of the Scenic Lodge legend and is his third winner of the 1000 Guineas following Like A Butterfly (2018) and Pop Culture (2012).

Constant Dreaming (3f Blackfriars – Aloha Miss by Hurricane Sky) settled nicely for Lucy Warwick and was poised to strike coming off the corner.  She took over in the straight and was too good for the Peters Investments favourite Fine Romance (So You Think).

“She was outstanding and we’re really excited for what the future holds,” Durrant said.  “She’s a beautifully-bred stayer and will only keep on improving as the distances increase.”

Still in her first proper prep, Constant Dreaming won a Pinjarra maiden second time out in December before losing some lustre as a beaten favourite at Belmont and Geraldton.  “She’s been a work in progress so we sent her on a trip in the truck to help her settle down.  I thought she may have been a bit underdone today but she’s got so much ability.

“She can also be a handful at home and credit to Lucy for a beautiful ride.  She followed instructions to the letter.”

Durrant mentioned next month’s G3 WA Oaks (2400m) as an autumn goal while also paying tribute to his father Geoff for saving the filly as a youngster.  “She couldn’t move.  They thought she was a wobbler and were going to put her down.  I told Dad it was time to let her go but he said give it six more months.

“She gradually improved and we persevered.  We know the family and she moves like a sprinter but has a page full of black-type stayers.”

Constant Dreaming is a homebred for the Durrant family and Melbourne-based client Tony Wilson.  They also bred and raced Blackfriars stayer Kia Ora Koutou to a Listed victory in the JRA Cup at Ascot and a Group 1 placing in the 2015 Victoria Derby. 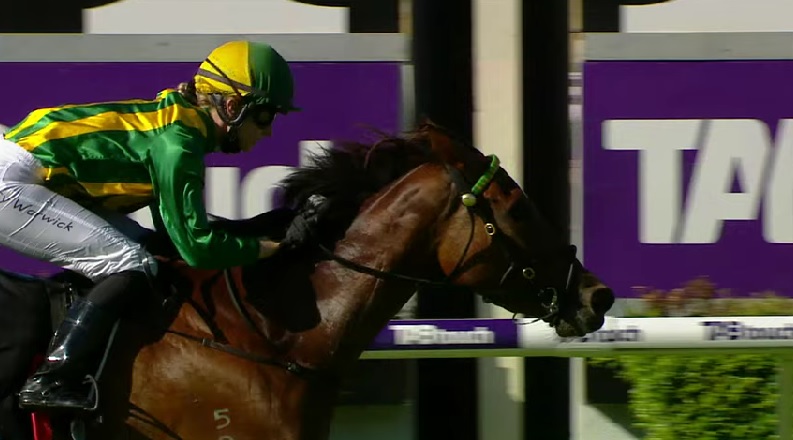