Sent out a $61 outsider, he defied the knockers to cause a major upset in the premier sprint of the season on the Goldfields.

Startthefriar has been a regular around the city and provincial circuits since winning a York maiden in February 2018.  The 7yo gelding was initially prepared by Jason Miller prior to a stable switch to Geraldton-based Kylie Craig this time last year.

“It’s surreal and such a wonderful feeling when he crossed the line,” Craig told interviewer Julio Santarelli.  “I thought he was a Top 4 chance.  He’s a track specialist and doesn’t race as well at home so we brought him back here.

“Troy (Turner) said the horse felt good and he was confident, too.  They got going early and it paid off!”

Startthefriar jumped midfield while Tellem We’re Comin put on a buck-jumping exhibition that put favourite punters out of the race after a furlong.  Turner took off approaching the home-turn and his mount refused the buckle when Willie Pike issued a late challenge on Dig Deep (Deep Field).

Startthefriar is the third Hannans Hcp winner by Blackfriars following Tellem We’re Comin (2019) and Black George (2011).  His dam Athena’s Me Mum (Brocco) is a younger half-sister to Black George.

Athena’s Me Mum’s final foal is a 2yo filly by Snippetson that made $60,000 when purchased by trainer Stephen Miller at the 2021 Perth Magic Millions.

Blackfriars can complete another dominant Goldfields carnival when his mare Friar Fox leads the field out for the LR Kalgoorlie Cup (2200m) on Saturday.  She won the LR Boulder Cup for the Scenic Lodge legend last month and is quoted at $10 under the steadier of 59kg. 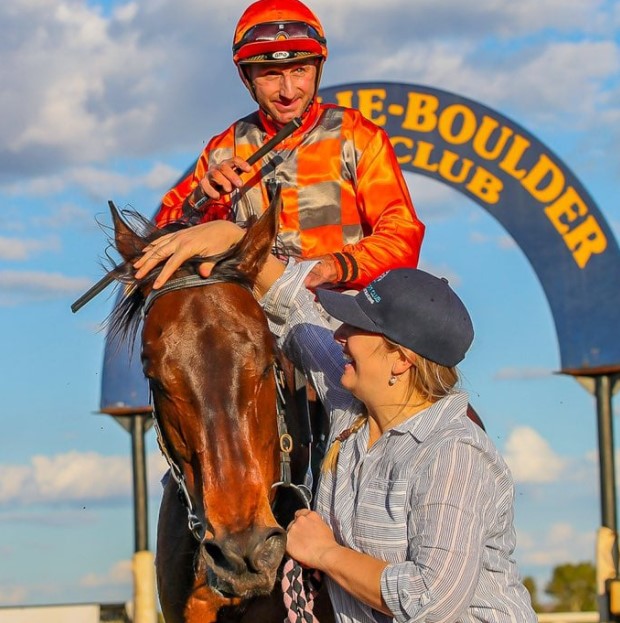