Geisel Park Stud sire Vert De Grece (Ire) was represented by his first winner when Green And Shady overcame a slow start to power home in the Access Hire Maiden (1200m) at Kalgoorlie on Saturday.

Green And Shady gave favourite punters a positive start to Kal Cup Day although he did get the blows in betting ($1.95 out to $3.40) before landing a well-deserved victory for Geisel Park owner Eddie Rigg and trainer Luke Fernie.

Racing first-up after an Ascot juvenile campaign, he found the back of Talk It Up (I’m All The Talk) after that tardy getaway and responded with a potent finish when Chris Parnham asked for an effort at the furlong.

Vert De Grece (Verglas) won a Group 1 Criterium International (1600m) at Saint-Cloud and his first crop are being readied for their 3yo campaigns.  “There’s plenty of upside with his stock this season and we were very confident about Green And Shady today,” Geisel Park manager Conor Dunlop said.  “He was just touched off at Ascot earlier this year by Toppa The Mountain and there’s another Ascot prep on the horizon.”

Silver Bugg looks another early winner for Vert De Grece.  Divitini Racing’s homebred 3yo filly finished like a freight train for a first-up third at Northam on Monday.

Vert De Grece stands alongside All American at Geisel Park.  All American is priced at $5,500 (inc GST) and Vert De Grece’s fee is on application.  For bookings or further information, contact Conor Dunlop on 0447 434 735. 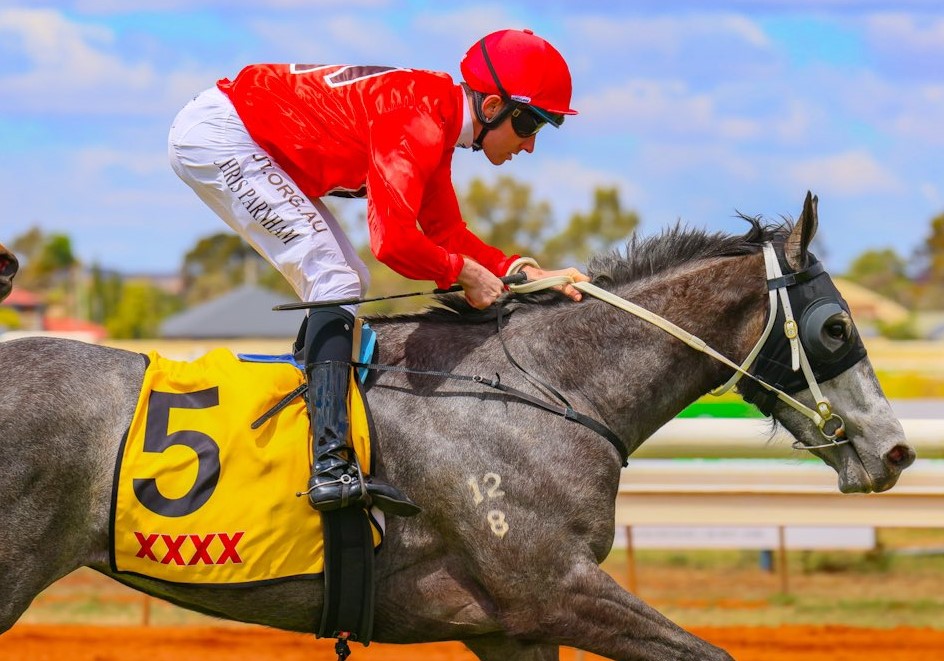