All Too Hard is mobilizing his Group 1 team for the new season with Alligator Blood and Behemoth heading spring offensives in Sydney and Melbourne.

Alligator Blood has been back in work for six weeks and the current off-course dramas haven’t hampered his progress this month.  He will have an exhibition gallop between races at the Sunshine Coast on Sunday week, August 9 before trialling there on Tuesday, August 25.

Trainer David Vandyke has pencilled in a first-up start for Saturday, September 12.  He will be entered for a $100,000 Doomben Quality (1100m) where the top-weight will carry a maximum 61kg off a 54kg minimum.

That will be his only outing in Queensland before travelling to Sydney for The Everest (1200m) and Golden Eagle (1500m) in October.  They are worth a combined $21.50 million!

“His main mission will be the Golden Eagle but we may go to The Everest on the way,” Vandyke said.  “He’s had a nice long break and I’m bringing him up slowly.  I would prefer to stay in Queensland and let him have as long as possible in the warmer weather.

“I didn’t want him to carry any extra than 61kg at Doomben.  If they raised the minimum back to 55kg he would have got more and I would have sent him straight to Sydney.”

Alligator Blood won the Australian Guineas Gr.1 at Flemington in February and is a $4.50 favourite for the Golden Eagle.  Bookmakers have him an $8 second favourite behind Nature Strip ($3.50) for The Everest.

Stable jockey Ryan Maloney reports Alligator Blood has returned bigger, stronger and more seasoned.  “He has furnished out and will match it with anything.  He can lead, he can sit back and he’s got a turn of foot.  He’s going to be very competitive in whatever he tackles in the spring.”

All Too Hard’s giant gelding Behemoth is being set for a Group 1 double at Caulfield in the Sir Rupert Clarke (1400m) on September 19 and Toorak Hcp (1600m) on October 10.

“There’s a big-race win in him,” trainer David Jolly predicted.  “He races better off the pace with cover and that usually means luck plays a big part in running.”

Behemoth hasn’t been blessed in the last two editions of the Group 1 Goodwood (1200m) at Morphettville.  He was a luckless second in 2019 and came from last on the home-turn for a flying fourth at his most recent outing in May.

“He will kick-off over 1200m on August 15 in the Spring Stakes (Gr.3) in Adelaide or Regal Roller Stakes (LR) in Melbourne,” Jolly added.  “Logistically, once he’s in Victoria, he will stay there.”

All Too Hard’s NZ-based galloper Demonetization may yet make the grade at Group 1 level after an uplifting victory at Avondale on Saturday.  He had won the 2018 Auckland Guineas Gr.2 and was pre-post favourite for that year’s NZ Derby Gr.1 before going amiss with a fetlock injury.

“It’s great to see him back as he’s a very good horse,” trainer Nigel Tiley said.  “We nearly lost him in Brisbane last year he was that sick but now we can pick out some nice races in the spring.”

Nominations for the Hawke’s Bay carnival close next Tuesday and Tiley has Group 1 options in the Tarzino Trophy (1400m) on September 19, Windsor Park Plate (1600m) on October 3 and Livamol Classic (2040m) on October 17.

Demonetization is one of 100 individual winners (at a 79% strike-rate) from the first crop by All Too Hard.  He stands at Vinery at an unchanged fee of $27,500 (inc GST) this year payable on a live foal. 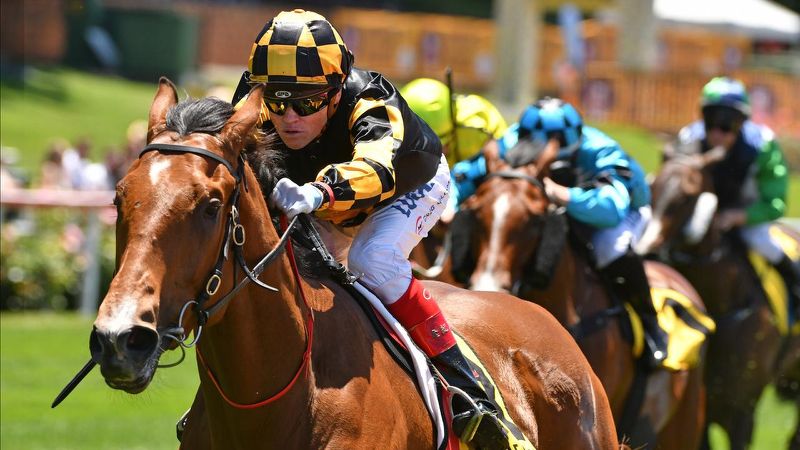