Pletto is ready to rise through the grades after a promising win for Playing God and Pearce Racing at Belmont.

The midweek result added a timely update for her sire Playing God who is now based at Darling View Thoroughbreds and it also put the spotlight on a couple of close relations at the Mungrup Stud Online Dispersal Sale starting next Thursday, August 6.

“She’s Saturday class and it was good to see her coming from well back and run through the line,” Dan Pearce said after the second-up win in the Furphy Hcp (1200m). “It shows she’s not a one-dimensional, on-speed mare.”

Pletto started at $1.40 on Wednesday but was never travelling like an odds-on favourite until balancing up in the straight. “With the speed on from a sticky draw, Willie (Pike) thought she would be worse than midfield,” Pearce added. “She produced a blistering finish down the middle of the track and it’s very satisfying to see her back better than ever.”

Pearce reported the 4yo mare almost lost her life due to illness last year. She had won a York 3yo maiden in October 2018 and added a Belmont Class 1 in August 2019 from just five starts before her latest prep.

Scuffs has a perfect record at stud from three to the races including Belmont winner Scuffy (Oratorio) who has been catalogued as Lot 140 at the Mungrup Stud Sale between August 6 and 11. She is being sold in foal to A Lot (USA).

Her new-season yearling colt by Playing God will go under the hammer as Lot 76.

Mungrup Stud has scheduled four open days in the lead-up to its Dispersal Online Sale. They start this Thursday and run through to Sunday from 10am to 3pm.

Playing God (Blackfriars) stands at Darling View Thoroughbreds for a $13,200 (inc gst) service fee. Its stallion parade has been pencilled in for Sunday, August 16 from 1pm. RSVP Brent Atwell on 0408 648 100 or brent@darlingviewthoroughbreds.com.au 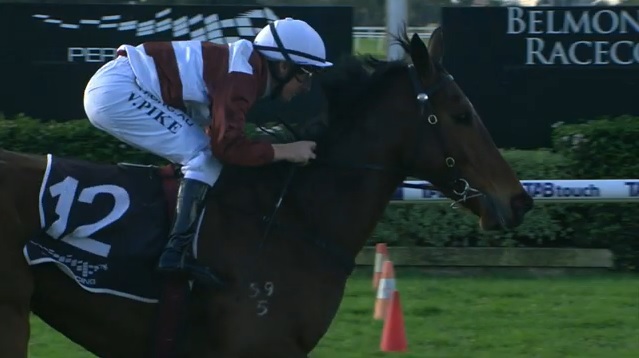