Blue Sky Bloodstock (FBAA) agent Julian Blaxland commenced the Melbourne Cup carnival with a Group 1 winner at Flemington last Saturday and he completed a week to remember buying a handful of broodmare prospects at the Keeneland November Sale.

Sunlight upstaged the colts in the G1 Coolmore Stud Stakes on an unforgettable day for Aquis Farm owners Tony, Loretta and Justin Fung.  They commissioned Blaxland to buy the Zoustar filly for $300,000 at the 2017 Gold Coast Magic Millions and the Coolmore prizemoney sent her earnings through $3 million.

Sunlight defeated Zousain and Aquis Farm / Blue Sky graduate Lean Mean Machine.  “It was a big call to take the colts but I’ve got such faith in her,” trainer Tony McEvoy said.  “She’s a superstar and was in for the fight today.”

The Fung family also won the G1 Victoria Derby with Extra Brut, by Aquis Farm resident Domesday, and their filly Fundamentalist (Not A Single Doubt) finished third in the G1 Empire Rose Stakes.

Blaxland flew into Lexington on Monday and by Friday had purchased five mares at the Keeneland November Sale.  “From a personal and professional point of view, it’s a wonderful sale catching up with old friends and keeping abreast with what is going on in the Northern Hemisphere.  And, obviously, it’s a great opportunity to buy some quality outcross types for the Australian market.

“We’ve had a lot of success over the years here and not necessarily paying enormous money for stakes quality mares.  The record of American mares when bred with Australian colonial sprinters, pound for pound, is as good as any imported mares into Australia in my opinion.”

“The size of the November Sale makes it great value,” Blaxland continued.   “Our buys ranged from $70,000 to $185,000.  It’s a competitive market for stakes mares in Australia right now, or anywhere.

“Australian breeders can use agents like myself to try and source and find these mares that suit Australia.  They will arrive in January and hopefully present good opportunities and good results for their breeders.  Blaxland’s five buys were;

Laney (USA)  A first-crop daughter of G1 Preakness Stakes winner Shackleford (Forestry), she won at two and was stakes-placed at Churchill Downs (G2) and Lexington (G3).

Put Da Blame On Me (USA)  Winner at two and stakes placed at Gulfstream Park.  By Zenyatta’s conqueror Blame and her dam Roman Chestnut (Roman Ruler) was a LR Busher Stakes winner at Aqueduct.

Stormy Victoria (Fr)   Grey mare by Stormy River (Verglas).  Won 4 races in France and USA with a black-type strike in the LR South Beach Stakes at Gulfstream Park.  She was also Group placed in New York and Canada.

Sky Flower (USA)   A Kentucky stakes winner among 9 victories in 23 starts.  By Flower Alley, sire of Kentucky Derby winner I’ll Have Another, from Sapphire Sky (Sky Mesa), a stakes winner at Belmont, Aqueduct and Saratoga. 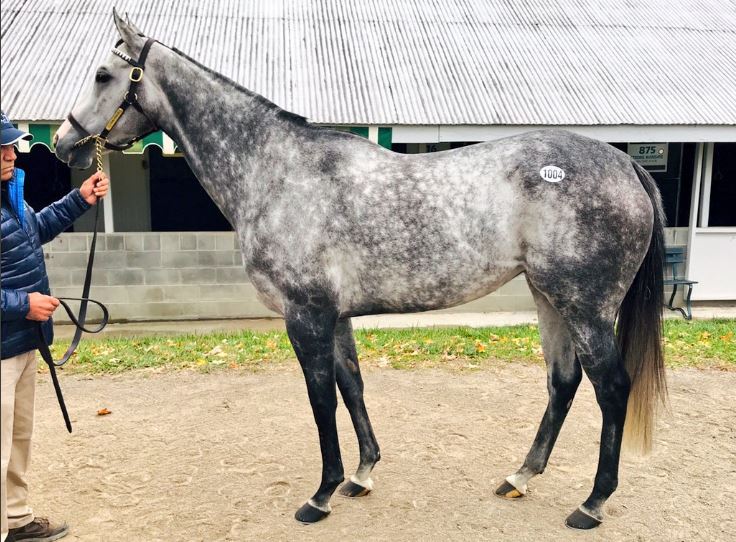