Don’t Blush Baby should be winning races in Hong Kong instead of saluting the judge and a party-crowd at Flemington.

The Demerit gelding responded to a change of tactics by going all the way in the Off The Track Subzero Hcp (1400m) on Thursday. Relishing the led for James McDonald in the race restricted to greys, he pulled off a long-range mission in front of a VRC Oaks crowd of 60,000

“This horse has done a terrific job and J-Mac controlled the lead,” trainer Henry Dwyer said. “He was earmarked for Hong Kong but needed time after some soundness issues.”

Don’t Blush Baby (5g Demerit – Pretty Pia by Tribu) was bred and sold by Taunton Vale for $34,000 at the 2015 Perth Magic Millions. He was purchased by David Price and Jenny Chapman who operate a very successful bloodstock agency for clients in Hong Kong.

Price is a long-time Western Bulldogs supporter and the grey is part-owned by North Melbourne’s 2018 All-Australian Shaun Higgins who played for the Bulldogs until 2014.

Following first-prep wins at Traralgon and Cranbourne this time last year, he changed stables and is thriving on the beach down at Dwyer’s St Leonards stables near Geelong. “We would have liked a win earlier in the year but that helped us get in on the minimum today. And we’ve been given all the time needed by David.”

WA-bred horses have been firing in the season so far in Hong Kong. Shanghai Master (Mt Hallowell Stud), Saul’s Special (Oakland Park) and Starlit Knight (Loloma Farm) won there in October as did Elusive State, a promising miler by All American (Geisel Park).

Don’t Blush Baby (pictured) has several Hong Kong connections in his pedigree through Australian-bred gallopers Solid Contact (Happy Valley Trophy) and Ming Hoi Treasure (Lions Club Cup). His dam Pretty Pia is a Taunton Vale homebred and she has a 2yo filly by Alfred Nobel and her final foal is a yearling colt by Demerit. 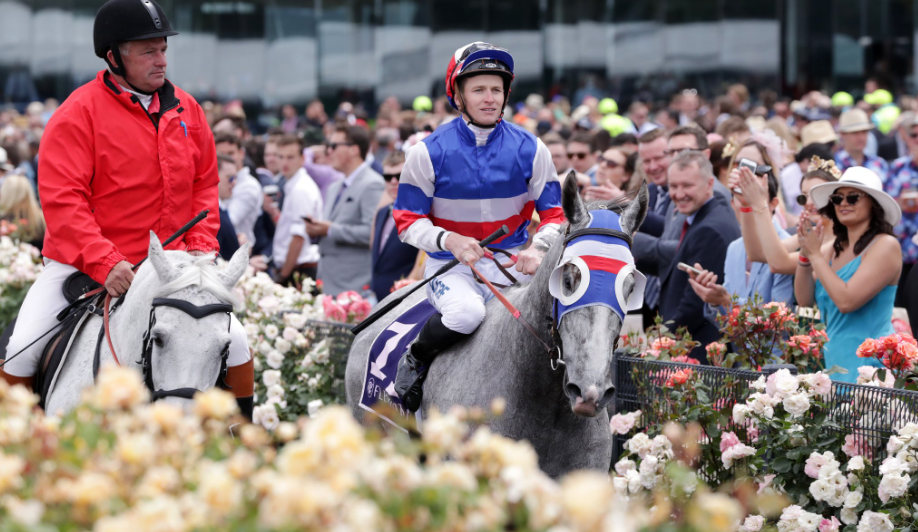