Trainer Liam Birchley is ready to raise the bar with Blueberry Hill after her last-to-first victory in the LR Gai Waterhouse Classic (1350m) at Ipswich on Saturday.

The Myboycharlie filly could back up in next Saturday’s G1 Tatts Tiara at Eagle Farm.  “I took the blinkers off today and I was a lot more confident when they downgraded the track,” Birchley said.  “I was worried when she was pushed wide on the turn but she finished full of running and that will give her a lot of confidence.

“I’ve always considered her a class horse and the Tatts Tiara is the last chance to win a Group 1 this season.”

Birchley and owner Peter Marshall will be hoping for more wet weather in Brisbane next week.  Blueberry Hill won on a Soft 5 and Heavy 10 before last year’s winter carnival which was highlighted by a Group 2 victory in the Champagne Stakes at Doomben.

“A few things have gone wrong this year so I’ve taken her along slowly,” Birchley said.  “The Tiara won’t be easy but there isn’t much else around for her.”

Blueberry Hill (3f Myboycharlie – Perkipsey by Falbrav) is from an unraced daughter of Sydney stakes winner Brief Kiss (Brief Truce) and Saturday’s result increased her bank balance to $328,550.  Perkipsey has a yearling filly by Rebel Raider and a filly foal by Instinction.

Myboycharlie (Ire) sired G1 Victorian Oaks winner Jameka earlier this season and his European filly Camprock is one of the main chances in the G1 French Oaks at Chantilly on Sunday.

Euro Charline is another Myboycharlie with Group 1 nomination in Europe.  The Marco Botti trained mare is being set for the Falmouth Stakes at Newmarket on July 8 and she is also under consideration for another trip to the USA to defend her G1 Beverly D. Stakes crown in August. 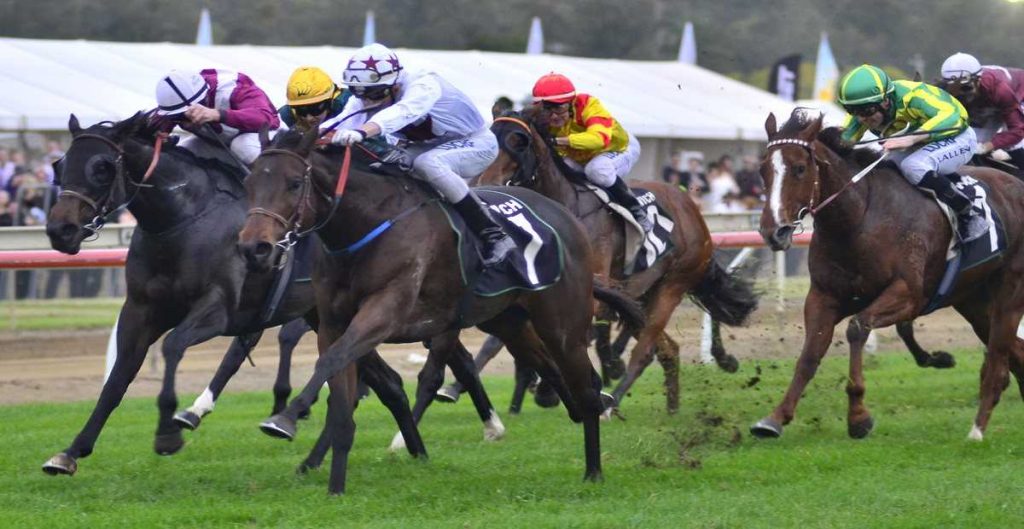