The inaugural running the Jericho Cup, contested on the flat across the famed Brierly Paddock, honours Australia’s heroic light-horsemen for their deeds in the Middle East during World War I.

Doc Holliday (High Chaparral) qualified with a front-running win over 3200m at Elwick on Melbourne Cup day when he clocked a sub 36s sectional for the final 600m!  Wilde kept him ticking over with an on-pace fourth over 3000m at Moonee Valley on Friday night.

“I congratulated the owners for a throw at the stumps in sending him over to Tasmania,” Wilde said.  “It cost them a bit of money but he’s now ballot-exempt for Warrnambool.”

Doc Holliday was a private purchase out of Sydney by Pinhook Bloodstock after wins at Canterbury and Warwick Farm for David Payne.  He initially went through the sale-ring as a yearling at the 2014 Melbourne Premier making $180,000.

Under The Bridge (Mettre En Jeu) is another private purchase for the Wilde – Pinhook team ready to salute in Australia.  The (NZ) gelding won at Woodville in May and put the writing on the wall at Hamilton last week when beaten a nose over 2200m.

He has been nominated for a BM64 Handicap over 2400m at Sandown Lakeside on Wednesday.

Barefoot (Show a Heart ) is one of several other recent Pinhook Bloodstock winners after breaking her maiden in impressive fashion at Ipswich.  She was purchased for $55,000 with Zandra Fleming at the 2017 Magic Millions QTIS Sale and looked all set for a QTIS bonus at Doomben on Saturday until nailed in the shadows of the post by Plumaro.

Bevan Street (Road to Rock) saluted in fine style in Auckland last month and followed up with an unlucky fourth back at Ellerslie before a solid second at Tauranga on Saturday.  Trainer Stephen Marsh has done a wonderful job with the lightly-raced 5yo who has required a lot of time and patience.  An $18,000 purchase for Pinhook from the NZB South Island Yearling Sale, he’s the first foal of Deft (Stravinsky), a close relation of Group 1 shuttler Grand Lodge.

Mansa Musa (Snitzel) won his first two races at Gosford and Warwick Farm for Gerald Ryan before missing black-type when relegated to fourth by stewards after the LR Brian Crowley Stakes at Randwick.  A $75,000 foal purchase at the 2015 Inglis Sydney Weanling Sale for Gainsborough Lodge, he is spelling and looks an exciting horse for the autumn.

The Big House (All Too Hard) was a dual winner at Toowoomba during his first prep and will be aimed at middle distance races during the 2019 Queensland winter carnival for Tony Sears.  Targeted for $160,000 at the 2017 Magic Million 2YO Sale, he’s from a sister to Halibery (G2 Schillaci Stakes).

Mee was also pleased to see Red Alto (High Chaparral) win the LR Bendigo Cup in the lead-up to the Melbourne Cup carnival.  His younger half-brother by Unencumbered was a $36,000 Pinhook buy at this year’s Adelaide Magic Millions on behalf of Mt Gambier owner-trainer Peter Hardacre. 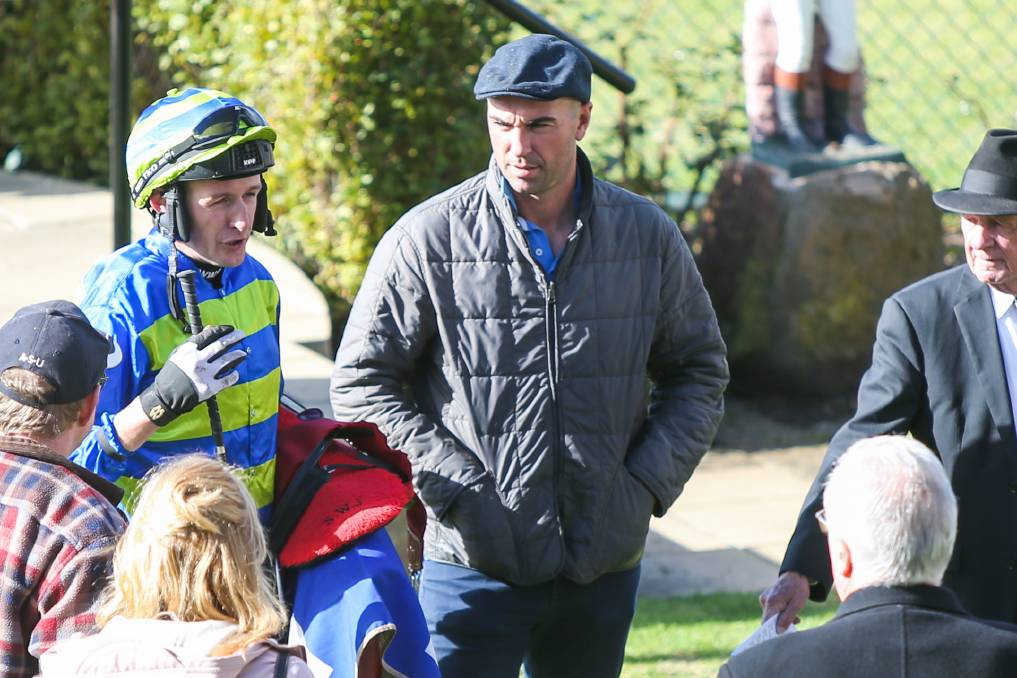