The Casino Prince mare slotted in with cover and then built momentum down the centre of the track to defeat Newsfan by a nose in a Benchmark 78 over 1300m. She was racing second-up after a winter spell to land a $21 to $13 sting for connections.

Thompson has prepared 5 winners over the past 12 days including Dreamforce in the G3 Chatham Stakes at Flemington. “John found the perfect race for her,” jockey Tye Angland said. “The barrier probably won the race and it was good performance.”

Sweet Deal was bred by Phillipa Cooper and sold through the Lincoln Farm draft for $67,500 to Boomer Bloodstock (FBAA) at the 2016 Inglis Classic Sale. She had earned minor black-type at two in the G3 Widden Stakes and RL Inglis Classic at Randwick

Cooper raced her dam Dorothy Evelyn (Royal Academy) to a Canterbury win with Gary Portelli and the mare delivered another foal by Vinery sire Casino Prince – a bay colt – on Epsom Handicap eve.

High-priced yearling Nordicus (Dundeel) broke his maiden at Randwick on Melbourne Cup day for Bjorn Baker Racing. He was a $900,000 buy for Rounsefell out of the 2017 Gold Coast Magic Millions and is being set for the $2 million Magic Millions 3yo Guineas (1400m) on January 12.

“To be involved with this horse is a great opportunity for me,” Baker said. “He’s a powerful customer and still has a bit to learn but he’s got a big future.”

Danzie (Fastnet Rock) completed a double for Boomer and Baker at Randwick. He was a $725,000 graduate from the 2015 Inglis Sydney Easter Yearling Sale.

In Perth on Saturday, 2016 Railway Stakes winner Scales of Justice ran an encouraging third in the G3 Colonel Reeves Stakes at Ascot. A back operation earlier this year rectified an issue that prevented his assault on a second Railway Stakes twelve months ago.

Trainer Lindsey Smith gave the green-light for another tilt at the Railway Stakes next Saturday. “I thought he was plain first-up last week but it was a better run today,” he said. “He may take Great Shot on for the lead – it will be a good, fast-run race anyway.”

Scales Of Justice (Not A Single Doubt) was a $180,000 Boomer buy at the 2014 Inglis Melbourne Premier yearling sale and has earned over $1.44 million for owners Chris Wells and Bill Andrews.

Smith also won the LR Ascot Gold Cup with Boomer graduate Prize Catch (Zoffany) at Ascot last Saturday. He cost $42,000 from the 2015 Inglis Classic Sale. A day later, their promising Denman 3yo Lido Beach won on debut at York for a syndicate that includes Andrews. He was $50,000 purchase at the 2017 Perth Magic Millions.

The Keeneland November Sale concluded on Friday and among Boomer buys for Australian clients were Saratoga stakes winner Ginger N Rye (More Than Ready) for $350,000 and I’m Pretty Strong (Street Cry) for $220,000. The latter is from G1 BC Filly and Mare Turf winner Shared Account and was purchased as a racing and breeding prospect.

Prior to his trip to Kentucky, Rounsefell paid 85,000 guineas (AUD 156,655) at the Tattersalls HIT Sale for Sunblessed on behalf of Santa Anita trainer Dan Blacker.  The Sir Percy filly had finished second in a Leopardstown nursery three days before changing hands at Newmarket. 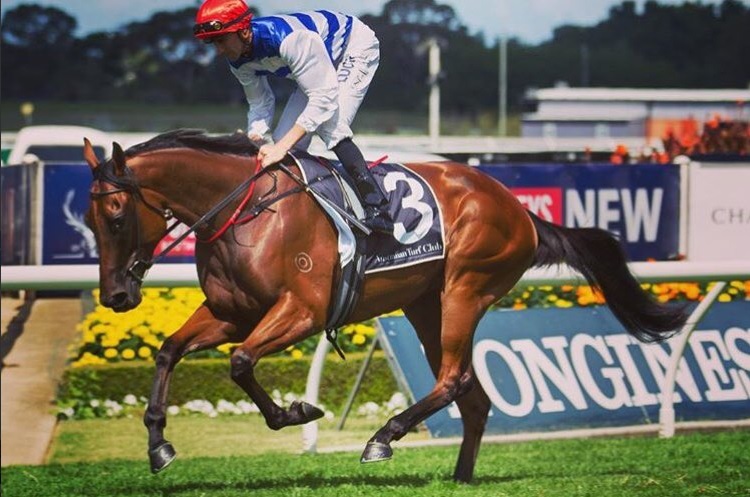