Trained out here by Pat Carey and Chris Waller, he was placed in the G3 Geelong Cup and G3 Newcastle Cup before bowing out in the LR Premiers Cup at Rosehill last season.

A good-looking, good-natured bull, Brigantin has a solid pedigree which outcrosses to much of Australian breeding and offers a good balance for speed.  He is by Grey Sovereign-line stallion Cozzene who was voted Champion USA Male Turf Horse before going on to sire 84 stakes winners at stud.

Brigantin is the best of five winners produced by Banyu Dewi (Ger) who was Group placed at home and in the USA.  She is by Sadler’s Wells sire Poliglote and has close blood ties with the Sadler’s Wells world-class racehorse and sire Montjeu – both are from mares by Top Ville.

East Dunlop studmaster Arthur Wright stands Brigantin and, for more information, he can be contacted on (02) 6548 2394. 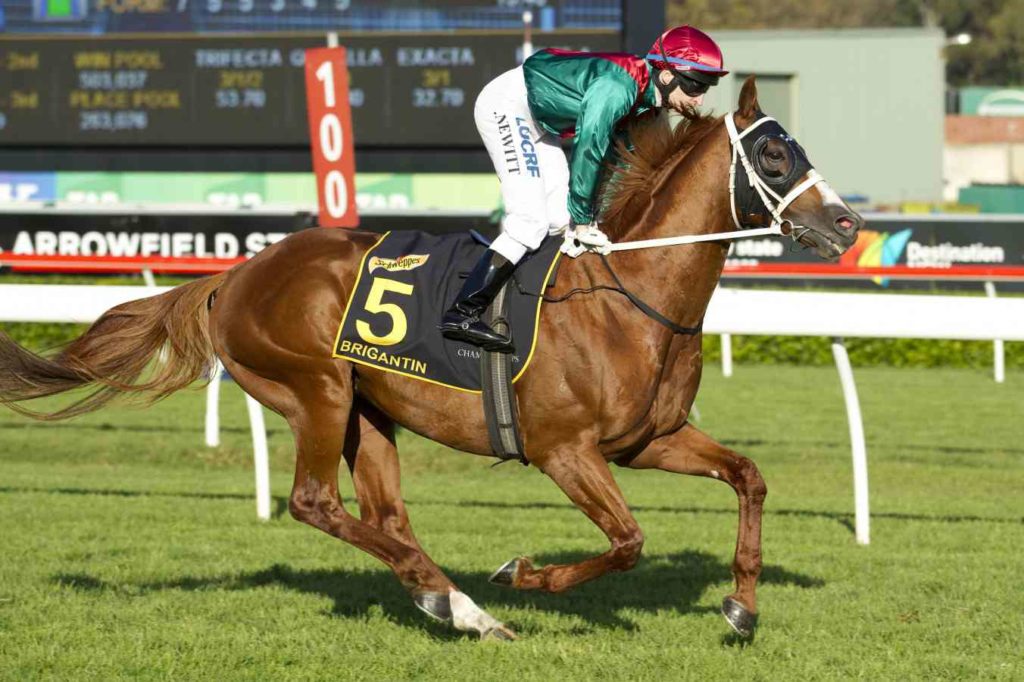