Don’tgetcaught completed an interstate double for Greta West Stud with a last-to-first victory in the LR Boulder Cup (2100m) on Sunday.

Dangerous sired Don’tgetcaught in 2009 when he was based at Greta West.  The WA stayer is his 4th stakes winner and is from Loverdale Miss (Armidale) who was retired shortly after winning a Goulburn maiden for Clarry Connors.

Don’tgetcaught snatched a last-stride victory in the Boulder Cup from Cougar Express (Danehill Express) and Ihtsahymn (Ihtiram).  “I had a lap full of horse at the top of the straight but nowhere to go,” winning jockey Peter Hall said.  “He races best when ridden back in the field and I was rapt when the split came in time.”

Trainer Ben Pearce will consider backing him up for the Goldfields grand-final in the LR Kalgoorlie Cup (2300m) next Sunday.

Dangerous is nowadays based with Geoff and Wendy Brunsdon at Benalla.  “He just turned 20 and is still in top condition,” Wendy said.  “We cover a few of our own mares – he has a couple of 2yo colts and we have three mares expecting this year.”

Greta West resident Keep The Faith sired the first leg of the weekend double when Honey Steel’s Gold completed a Morphettville hat-trick on Saturday.  “He had been racing splendidly as a hurdler before we reverted to the flat,” Lindsay Park trainer David Hayes said.  “Congratulations to owner John Valmorbida and thanks for entrusting us to let him jump!”

Keep The Faith (Sunday Silence) was trained out of Lindsay Park for a Listed victory in the Schweppervescence Cup (1600m) at Caulfield.  Greta West studmaster Laurie McCarthy stands him for a $3,300 (inc gst) service fee. 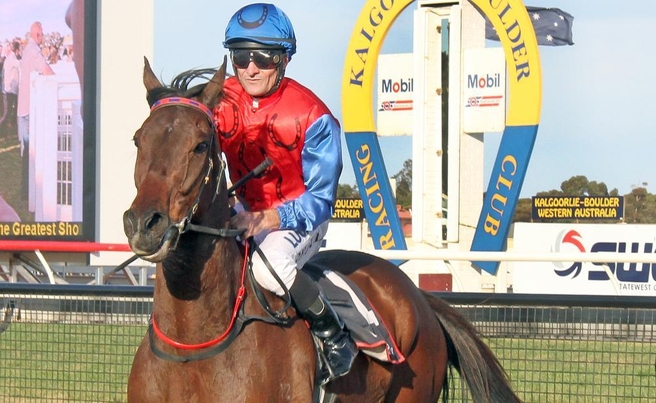