Trainer Robert Heathcote was bursting with pride when Eagle Farm re-opened on Saturday.

Champion sprinter Buffering paraded before for his legion of fans (pictured) and the Brisbane Racing Club opened the Buffering Bar at the eastern end of the public grandstand.

Heathcote confirmed the veteran will return for another campaign next season.  The G1 Moir Stakes at Moonee Valley and G1 Winterbottom Stakes at Ascot are his main spring goals before another tilt at the $1 million Magic Millions Sprint in January.

The son of Vinery sire Mossman has already claimed three Moir Stakes and two Winterbottom Stakes among 20 wins for earnings over $7.26 million.

“We will keep him fresh and we’ve got plenty of time to trim him down to his fighting weight,” Heathcote said.  “We have had two wonderful trips across to Perth and the Winterbottom is one of our three target races.”

Heathcote banked more Mossman prizemoney at Eagle Farm on Saturday when Hopfgarten returned to form with a two-length victory in the LR Wayne Wilson Mile (1600m).  “I was pretty confident once he was cruising along outside the leader,” Heathcote said.  “He didn’t have any luck last time when caught wide in the (G3) Lord Mayors’ Cup but things went to plan today.”

Hopfgarten is two years younger than his champion stablemate but has been a consistent money-spinner in his own right with 11 wins and almost $600,000 in prizemoney.  He will return in a fortnight for the LR Spear Chief Hcp (1500m).

“Congratulations to the Brisbane Racing Club – it’s good to be back at Eagle Farm,” Heathcote said.  “The sun is shining and it’s been a super day’s racing.”

Buffering and Hopfgarten have been the mainstays for Mossman this season – there have been 73 individual winners of 111 races for total prizemoney of $5.39 million. 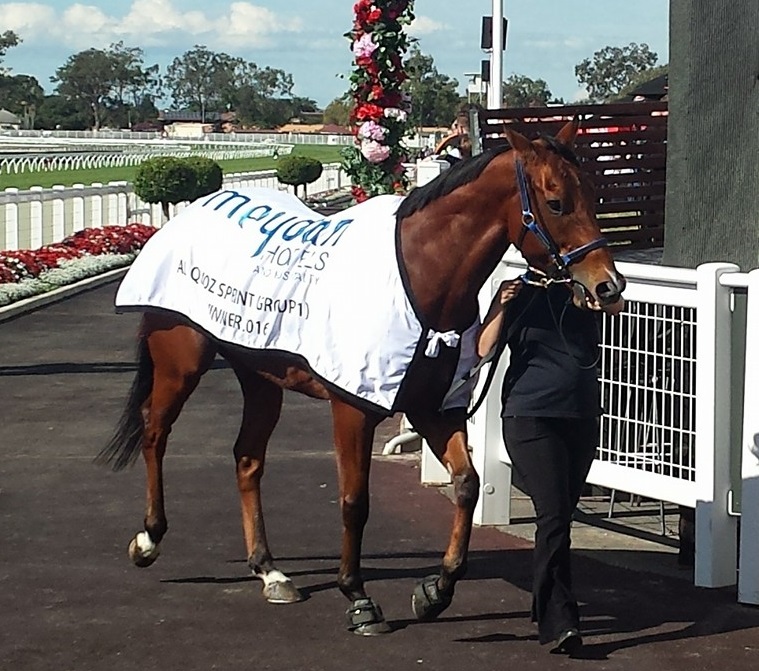