Copper Bullet bounced back from a troubled visit to Churchill Downs to streak away with the Saratoga Special-Gr.2 (1300m) on Sunday.

The Steve Asmussen-trained colt is the 173rd stakes winner by Vinery champion More Than Ready.

Copper Bullet (2c More Than Ready – Allegory by Unbridled’s Song) had won a Churchill Downs maiden by 8 lengths in May but missed the kick and never recovered when Group 3 placed in the Bashford Manor Stakes under the Twin Spires on June 30.

“He was agitated at Churchill in front of the grandstand,” Asmussen explained.  “Saratoga can set them off, too – so we fitted earplugs today.”

After breaking from an outside gate, Copper Bullet raced wide up the backstretch just off the leaders.  Coming around the final turn, the bay colt with the big blaze put his rivals to the sword to score by four lengths.  “He looks like the real deal,” Asmussen added.  “It’s good to see him win a race of this calibre.”

Copper Bullet is raced by Ron Winchell in partnership with Willis Horton Racing after being knocked down for $200,000 at the 2016 Keeneland September Yearling Sale.  His dam Allegory is a winning daughter of Peintre Celebre mare Louve Royale (Dowager Stakes-LR).

Winning jockey Irad Ortiz Jr. said the colt was comfortable despite a wide trip.  “He’s fast, but I just wanted to stalk and it worked out perfectly.  When I asked him, he responded and I think he can go further.”

More Than Ready sired another juvenile winner on Sunday when Queen Rose coasted home in a 1600m maiden on turf at Gulfstream Park.  Her dam Superb in Roses (Giant’s Causeway) is an unraced daughter of A P Indy mare Lu Ravi (Cotillion Hcp-Gr.2) 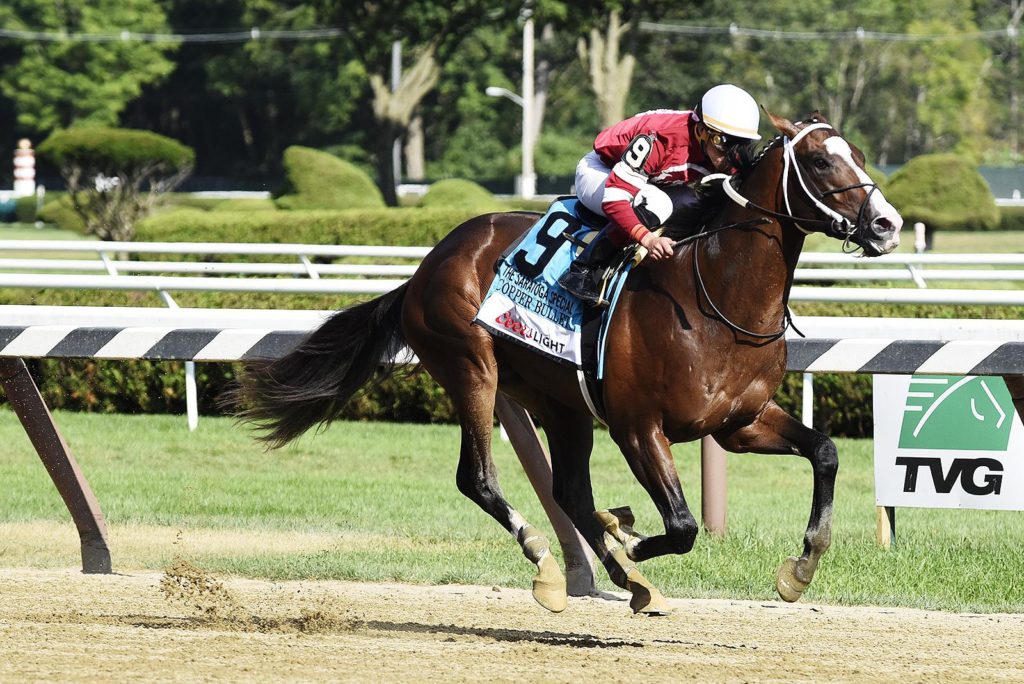