Brilliant 3yo sprinter Bundle Of Charm book-ended a successful month for All Too Hard in Hong Kong with a five-length victory under Zac Purton at Sha Tin on Saturday.

The John Size-trained gelding led from the get-go and then moved through the gears to blitz his rivals in the Ho Sheung Heung Road Hcp (1200m).  Purton took the reins as replacement rider for Joao Moriera who was stood down after suffering chest pains last week.

Moriera had partnered Bundle Of Charm for an exciting debut at Sha Tin on May 22.  In between those wins, All Too Hard had consolidated fourth place on the HKJC sires’ premiership with impressive winners My Ecstatic, Alcari and Keefy.

They’ve arrived on the back of a triumphant victory by the Vinery sire’s outstanding son Wellington in the Chairman’s Sprint Prize (Gr.1, 1200m) at Sha Tin.

With six meetings remaining in Hong Kong before the season concludes on July 16, Purton (129) holds a narrow margin over Moreira (127) for the jockeys’ premiership.  “It’s unfortunate for Joao,” Purton said after Bundle Of Charm kicked-off a winning treble.  “But your health is more important than the championship.”

Bundle Of Charm (3g All Too Hard – Dubleanny by Dubleo) was bred and sold by Vinery for $46,000 as a weanling at the 2019 Magic Millions National Sale.  He was initially registered as Winning Lotto and won a Balaklava barrier trial for agent David Price before shipping off-shore.

His dam Dubleanny was a Listed winner at Flemington (2) and Morphettville for Vinery.  She has four daughters at stud in Australia and her latest filly is a talented 3yo named Academy Award (Star Turn) in New Zealand.

All Too Hard has My Ecstatic engaged in Race 7 at the Happy Valley meeting on Tuesday evening and Vinery graduate Super Axiom (Exceed And Excel) is also primed for Race 8 off a career-best win when clocking 55.51s down the straight at Sha Tin on June 12. 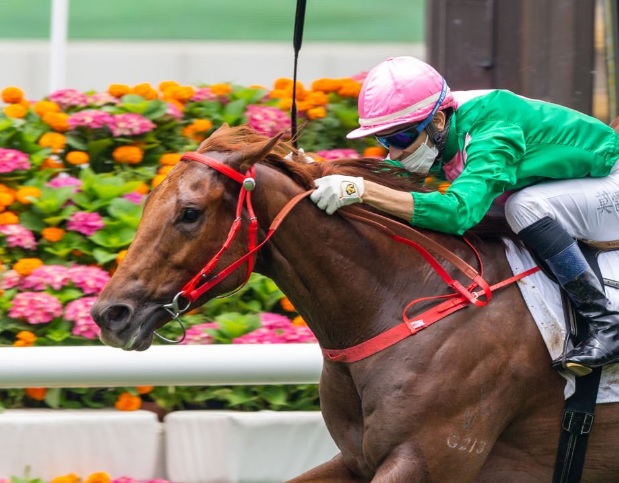