Racing first time out over 1200m for trainer Dan Morton, the Playing God gelding looked composed in the enclosure and in running for Laqdar Ramoly.  He settled three-back on the fence and then shouldered Safeguard filly Stained out of the way for a clear-cut victory.

Magic Millions auctioneer Grant Burns was impressed when he paraded at the TBWA Showcase on the eve of the Yearling Sale.  “He’s by a hot young sire and is bred to get up and run,” Burns critiqued.  “He presents well and oozes class.”

“Dan has loved him from day dot,” stable foreman Vinnie Collica said as Paddy’s Lad returned to scale on Saturday.  “He ran a good gallop earlier this week but he got under our guard today.  He’s a laid-back horse and we thought he would be looking for 1400m.”

Countess of Tiba was sold to Darren Taylor for $3,750 at the 2020 Mungrup Sale.  She was carrying a filly by A Lot (USA) that was purchased for $30,000 by the Sovereign Investment Group at this year’s Perth Magic Millions.

The mare was among Playing God’s first book with Atwell at Darling View Thoroughbreds and she delivered a filly for Taylor last September.

Ibbotson made it a running double at Belmont when She’s Puzzling won the TABtouch Westspeed Hcp (1300m) for My Admiration.  The Westbury Park stallion had sired a Belmont double with Sluice Box and Flicka’s Chance last Saturday and he weighed in again with 3yo filly Devonia at Pinjarra on Thursday. 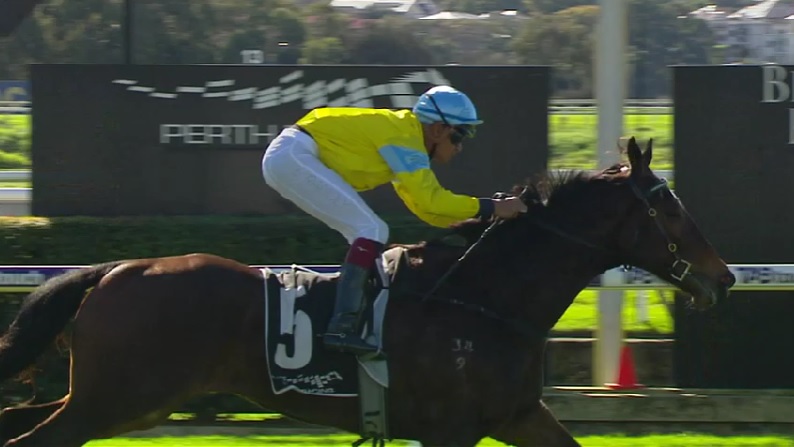