Lonhro gelding Millennium’s Rule made a lasting impression on jockey Vlad Duric at Kranji on Friday.

Bred and sold by Burnewang North Pastoral, he had to work hard in front but still had a full head of steam at the finish of a 1400m sprint on turf.  “He settled beautifully and went super in the end,” trainer Stephen Gray said.  “He ran a good second at his first race, and going over 1400m was the right step.  I think he will be even better over more ground.

“Vlad has a high opinion of him and said he could even win at Flemington.”

Gray paid $150,000 for Millennium’s Rule at the 2014 Inglis Melbourne Premier Sale on behalf of Paul Hickman’s St George Stable.  He was equal top-priced among 18 yearlings Cathy Hains and the Burnewang North team took to Oaklands.

“He’s a beautiful horse and showed maturity in the last 100 yards tonight,” Duric said.  “He’s has a lot going for him and should go through his grades for sure.”

His Irish-bred dam Maree Basse (Royal Applause) was raced by Baron Edouard de Rothschild for two wins at Deauville and a stakes placing at Saint-Cloud.  Hains bought her for $170,000 at the 2009 Keeneland November Bloodstock Sale.

There are a dozen premium foals among Burnewang North’s draft for the upcoming Inglis Great Southern Sale at Oaklands.  Its More Than Ready half-brother to G2 The Shorts (1100m) winner Pampelonne starts proceedings as Lot 1 on Sunday, June 19. 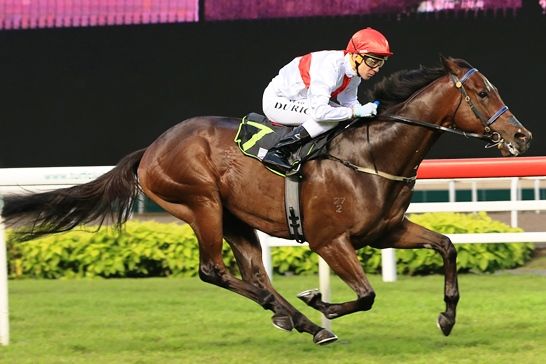