Buzzinga could be the next big thing for the All Too Hard – More Than Ready cross in the wake of his win against the odds at Sha Tin on Sunday.

Group 1 trainer Tony Cruz is looking to the future with a delighted degree of confidence following his victory over a host of potential improvers in the Ngong Ping Hcp (1200m).  “He’s still very green and was totally lost out there but still overcame everything to win.  He’s a good character and has a fantastic attitude.”

Buzzinga (4g All Too Hard – Coeur D’amour by More Than Ready) settled back in the field from a wide draw with top-weight (59kg) before Karis Teetan sent him forward turning for home.  Despite being taken wide by Brilliant Way, he gave the grey 5.5kg and was still too good to score by a neck.

“He’s a big horse and I was very happy with that performance,” Cruz added.  “Karis said he’s very inexperienced so there is a lot of improvement to come.  Who knows how far he can go.”

Unbeaten and untapped, Buzzinga raced as Hardtoexplain in Australia and won at Morphettville on debut for Price Bloodstock Management before being purchased by Kameny Wong Kam Man.  He also won first-up in the Luger Hcp (1200m) at Sha Tin last month and is already on the verge of Class Two company.

Bred by Bert Vieira, he was a $60,000 graduate of the 2019 Inglis Melbourne Premier Yearling Sale when offered (as agent) by Erinvale Thoroughbreds.  His dam Coeur D’amour (More Than Ready) was a Sandown Hillside winner for Peter Moody and is a half-sister to Adelaide Stakes winner Upstaged (In The Wings).

The All Too Hard – More Than Ready nick is banging down the doors in Australia with Forbidden Love and in Hong Kong with star sprinter Wellington who all set to defend his Group 1 crown in the Chairman’s Sprint Prize (1200m) on April 24.  The Vinery sires also combined for last-start Sha Tin winner My Ecstatic who carries the cross for trainer Frankie Lor as part of a global record broaching a 70% strike-rate.

Te Akau Racing trainer Jamie Richards, who will take up a Hong Kong contract later this year, purchased an All Too Hard filly from More Than Ready mare Manasari for $320,000 at the Inglis Easter Yearling Sale last week.  She will be raced by Trelawney Stud’s Brent & Cherry Taylor.

Meanwhile, More Than Ready’s Japanese 3yo colt Jean Gros (USA) claimed the first-leg of a weekend double for the Vinery legend in the New Zealand Trophy (Gr.2, 1600m) at Nakayama on Saturday.  He’s a full-brother to Tom’s Ready (Woody Stephens Stakes Gr.2) and had opened his black-type account in the Marguerite Stakes (LR, 1200m) at Hanshin in February.

Slipstream scored a last-to-first victory in the Palisades Stakes (LR, 1100m) at Keeneland on Sunday.  He had also come from the tail of the field with a furious drive to win the Belmont Futurity (Gr.3, 1200m) in October.  The Christophe Clement-trained 3yo colt was appearing for the first time since a close sixth in the Breeders’ Cup Juvenile Turf (Gr.1, 1600m) in November when Daily Racing Form reported he didn’t receive the cleanest of trips at Del Mar. 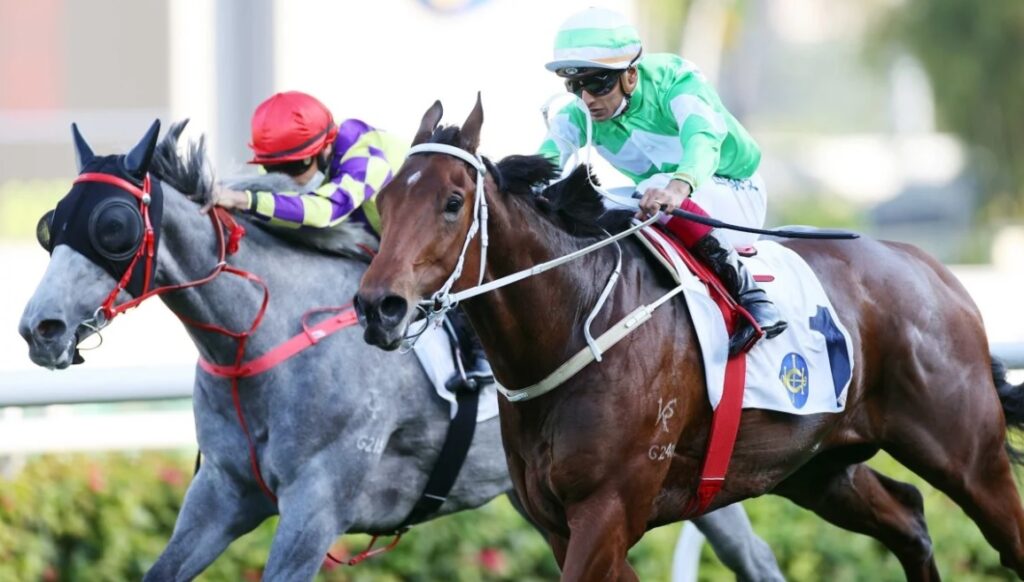