Neville Parnham isn’t the type to get too carried away on raceday but it’s clear his untapped 2yo Snowdome has the potential to carve out a successful career in Perth.

The Rommel colt sat at three-wide with cover from an outside alley at Ascot on Saturday before letting down to win the Schweppes Tonic Plate (1100m) from All Show (I’m All The Talk) and short-priced favourite Swear To God (Playing God).

“He’s high class this horse and we came here confident after his gallop at Belmont at Tuesday morning,” Parnham said.  “He worked on his own and I’ve never had one run quicker for the last 400m.”

Snowdome had been runner-up to Revitup and Street Parade in early-season scampers but failed first-up in the LR Perth Stakes (1100m) last month.  “He went out too strong with blinkers and then pulled up with a respiratory issue.  We decided to bypass the Karrakatta and he’s really pleased us since then.

“He’s starting to settle a lot better and there’s plenty of improvement to come.”

They are the first two foals of Snow Pixie (Snitzel) and her third – a Safeguard colt – was sold to Wally Daly for $30,000 at the 2022 Perth Magic Millions by Gold Front (as agent) for Gingin breeder John Latham.

Rommel (Commands) stands at Mogumber Park and his ongoing battle with Gold Front sire Awesome Rock for WA second-season honours continued on the weekend.  They both earned minor-prizemoney with Pale Rider and Outspoken Lad in the G2 WATC Derby on Saturday and Awesome Rock kept his nose in front when Corn Cob won the $50,000 Abrolhos Plate (1400m) at Geraldton on Sunday. 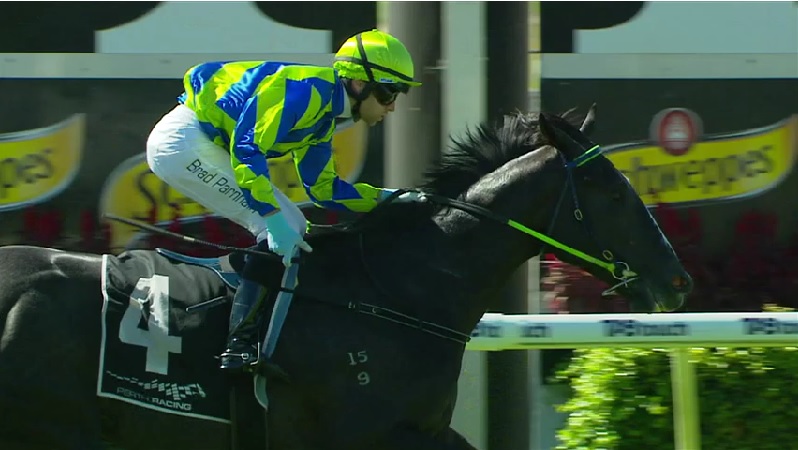