The lightly-raced son of Snippetson had just broken through for his first city win for owner-breeders Keith and Peggie Beauglehole on Friday.  Jockey Jason Whiting angled him off heels in the straight to prevail in a photo-finish from Lording (Trade Fair) and Platinum Bullet (Shooting To Win).

“He’s starting to settle better in his races and appreciated the speed up front today,” Watkins said.  “Dropping back to 1000m off a six-day turnaround also helped.  He can be a bit hot but is starting to finish off his races much better now.”

River Beau (3g Snippetson – Peggie’s Louise by Oratorio) is bred to make the grade and then some in town.  His dam is a half-sister to Australian Horse of the Year Miss Andretti (Ihtiram) and Danny Beau (Zedrich) who was a multiple stakes-winning sprinter for Watkins and the Beaugleholes.

Peggie’s Louise won a Bunbury 3yo maiden before going amiss the following season for the same connections.  She foaled River Beau first-up and also has 2yo filly Jalinda Bay (Blackfriars) and a yearling filly by Snippetson from subsequent covers at Scenic Lodge.

River Beau is a member of Snippetson’s first crop bred at Scenic Lodge.  He’s currently third on the WA 3yo sires’ premiership – Playing God leads that table with $1.36 million in 2019-20 from Gingerbread Man ($762k) and Snippetson ($688k).

Snippetson’s second Scenic Lodge crop has elevated him to the top of the WA 2yo table with prizemoney of $579k.  Next best are Gingerbread Man ($361k) and I’m All The Talk ($349k).

Last Monday’s Bunbury trial winner Snipillicious is another promising juvenile ready to debut for trainer Adam Durrant.  He jumped straight to the front in a 400m dash and ran through the line untouched under Willie Pike.

Snipillicious will be the first to race from Scenic Lodge mare Foxalicious (Due Sasso) who won four restricted sprints at Ascot and Belmont.  Durrant went back and bought his full-brother at the Perth Magic Millions Yearling Sale in February.

The top-priced Snippetson in the Swan Valley was Bellbridge Park’s colt from Miss Margene (Flying Spur) that made $110,000 to the bid of Neville Parnham. 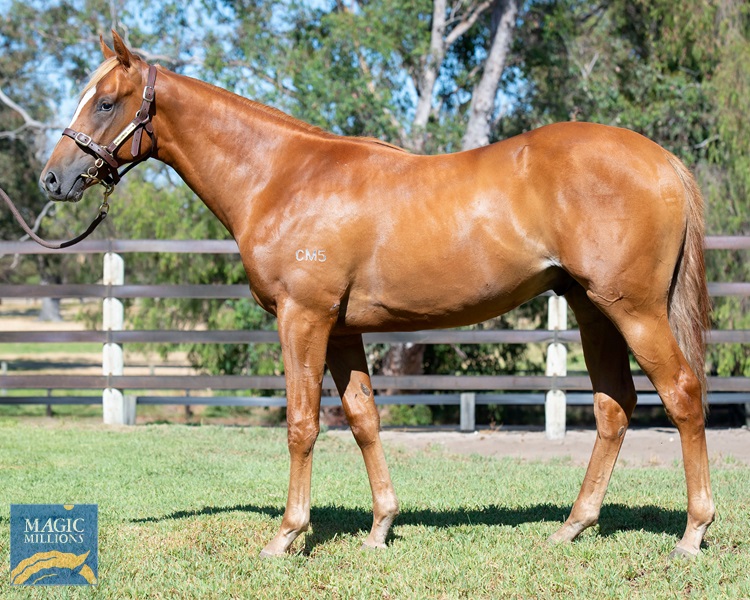