Gai Waterhouse won her seventh Golden Slipper with Vinery graduate Farnan last month and she went back to the source for more at the virtual Inglis Easter Yearling Sale on Wednesday.

Vinery’s Snitzel – Hallowell Belle colt (Lot 480) was the target and the prevailing market saw him sell for $300,000.  His dam won a Gilgai Stakes Gr.2 for Gai and Perth-based owner-breeder Craig Thompson.

“There will never be greater value,” Waterhouse said.  “It was one of the best catalogues in years.”

Melbourne owner John Wheeler bought the colt by Vinery legend More Than Ready out of Sir Tristram Classic Gr.2 winner Vavasour (Lot 268) from Sledmere Stud.  He will be trained by Jason Warren who has a big opinion of the colt.

“We were doing cartwheels when we got him for $250,000,” Warren said.  “He was on John’s list but never in a millions years did we think we would get him for that price.  We had him inspected at Sledmere and the reports were all positive.  And it’s a freak G1 Goldmine match.”

There was more value when Robrick Lodge owner Greg White paid $130,000 for a first-crop filly by Vinery sire Star Turn from Capable Mahira (Lot 367).  She is from a sister to the dam of last Saturday’s Australian Derby Gr.1 winner Quick Thinker.

“She’s a stunning filly.  I saw her twice and she stuck in my mind,” White said when the dust settled on Thursday morning.  “She’s a beautiful walker with a lovely temperament and the x-rays checked out.  After narrowing it down, she was the right one and so was the price.”

“I can’t wait to get her home,” White said from his property on the Nepean River at Castlereagh.  “I usually take my time with the young ones but she will only stay here for a couple of weeks and then go straight to the breakers.” 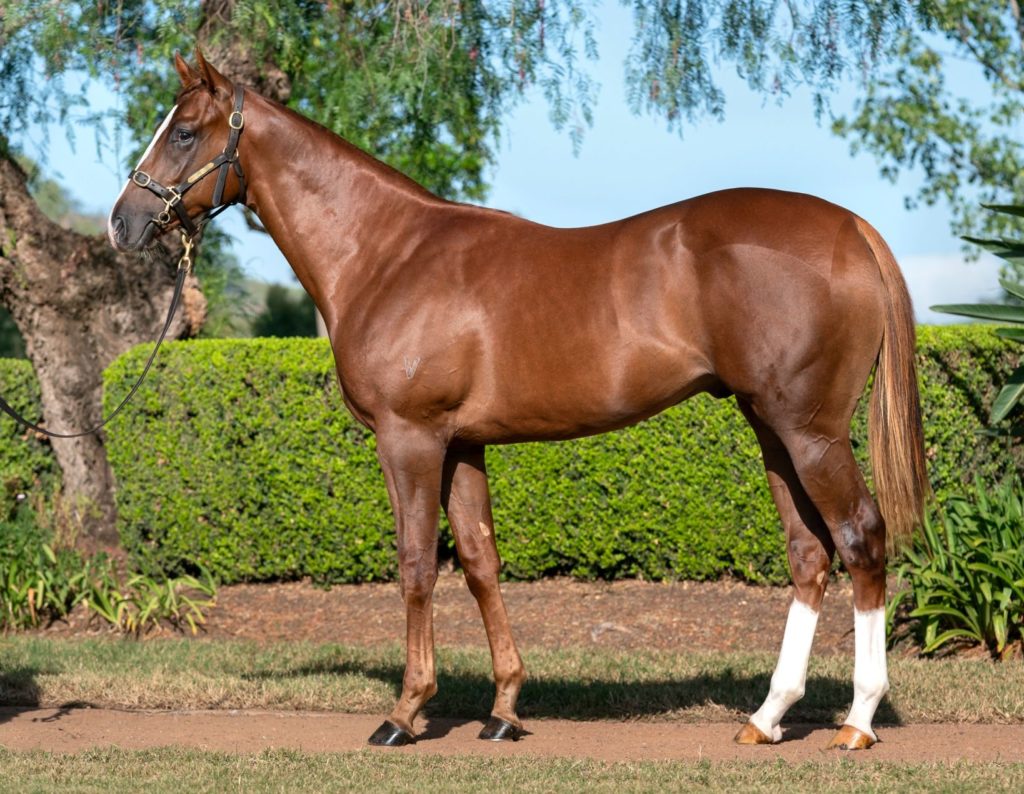