The Safeguard 3yo had to be ridden upside-down but survived after fighting off fast closers Indigo Blue (Blackfriars) and Excerpt (Snippetson).  He was racing first-up following a couple of promising efforts behind Our Boy Dylan and Charleton Eddie at Ascot in March – April.

“He’s a good-looker with a bright future and I was confident today,” Parnham said.  “He’s a better chaser but still gave a good kick when he was left in front too early.  I will talk to the owners and see what they think about giving him a let-up now.

“I’m not going to get too carried away but I think he could have WA Guineas potential.”

Captain Burglar races for a syndicate managed by Peter Diamond after being knocked down for $100,000 at the 2019 Perth Magic Millions.  Bred and sold by Mogumber Park, his dam Cool As Oh (Octagonal) is a half-sister to Love Comes To Town (G2 VRC Wakeful Stakes).

“I didn’t want to be that close to the leaders but had no choice when he jumped so well,” Chris Parnham revealed.  “He floated once he got to the lead and did well to hold on.”

Mogumber proprietors Colin Brown and Fiona Lacey stand Safeguard in association with leading owner Santo Guagliardo.  He was WA Champion 2YO sire and First-Season sire in 2018-19 and continues to go from strength-to-strength at Bullsbrook.

Safeguard (Exceed And Excel) is building some sky-high stats from that first crop.  They include 74% winners-to-runners and 57% winners-to-foals strike-rates!  The only horse to miss a place was a filly that was injured and retired after her only start.  Overall, his two crops are running at an 11% stakes performers-to-runners strike-rate.

Mogumber Park stands Safeguard for a $5,500 service fee beside Rommel ($4,400) who has his first 2yo crop ready to run this season. 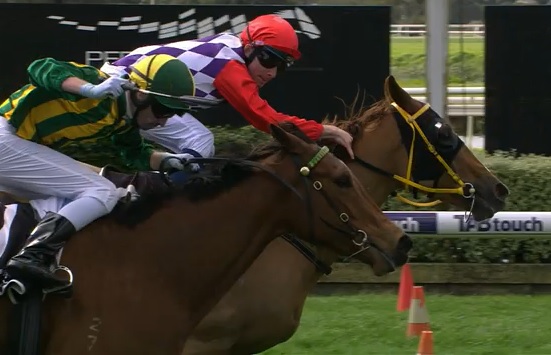