Darren McAuliffe and Chris Parnham have combined for a midweek double at Belmont with Universal Ruler gallopers Sheikh It and Bolshoi Gal.

McAuliffe and his Impressive Racing partner Kevin Berry have a second-to-none record with Scenic Lodge sire Universal Ruler.  At the last count, there have been 30 individual winners of 106 races topped by stakes winners The Velvet King, Rebel King, Market Ruler, Military Reign & Abdicator.

Sheikh It also showed the makings of a black-type horse winning the Western Racepix Maiden (1400m) on debut.  Parnham positioned him ahead of midfield interference at the half-mile and then let the 3yo gelding cruise past fellow newcomer Savage One (God Has Spoken).

“I bought him as a foal out of a paddock at Scenic Lodge,” McAuliffe recalled.  “He was raw and is still getting into the swing of things but he’s got a motor and a big, long action.”

Sheikh It is the final foal of Lady Sherifa (Metal Storm) who won four times in town and was stakes placed in a LR Raconteur Stakes.  She has also foaled winners by Blackfriars, Xaar (GB) and Holy Roman Emperor (Ire).

Bolshoi Gal had won a Pinjarra maiden in July and put the writing on the wall with a close third to Chatter Session and Little Flirt last month.  “She relaxed in running and I got on the back of Nurhaci before taking a split in straight,” Parham said after the Amelia Park Lodge Hcp (1300m).  “It was a good win and the other one – Sheikh It – is going places.”

Bred and sold by Quanah Park for $17,000 at the 2017 Perth Magic Millions, she is the final foal of Uma Galina (Fasliyev) who is a half-sister to former Mungrup Stud sire Speed Week. 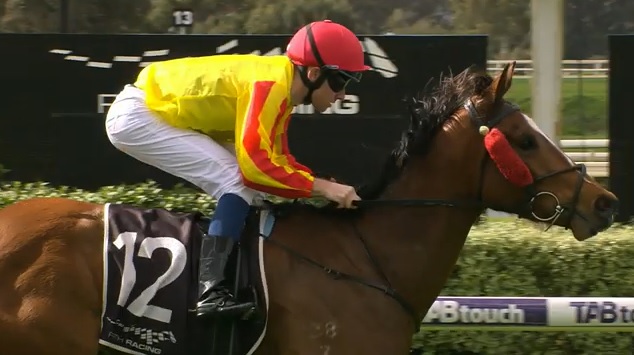