Casino Prince reached 100 wins for the 8th season in a row on Saturday and he cracked the latest century with a classic quinella in Darwin.

A whirlwind 10 wins in 15 days this month also sent Casino Prince through $4million in earnings for the 6th time since arriving at Vinery Stud in 2013.

The perennial winner-getter dominated the $135,000 NT Derby (2050m) on Day 4 of the Great Northern Carnival at Fannie Bay.  His interstate raiders Sanblas and Casino Seventeen broke clear in the straight from third-placed Trident (NZ) who is out of a mare by Vinery legend More Than Ready (USA).

Sanblas (3g Casino Prince – Canny Me by Canny Lad) is owned in Adelaide by Peter Jolly in partnership with his wife Helen.  A Naracoorte maiden winner in April, he transferred to Top End trainer Helen Lehmann and improved no end on the back of a battling fourth in the Darwin Guineas (1600m) a fortnight ago.

Lehmann described Sandblas as a “naughty” gelding who has had his issues away from the track but he showed plenty of maturity to power home under Sonja Wiseman on Saturday.

Bred by Bob McIntosh who kept a share with the Jolly family, Sanblas is a half-brother to four winners and close-up family relations include Group 1 winners Align (AJC Sires’ Produce Stakes) and Contentment (HKJC Champions Mile).

Sydney mare Our Bellagio Miss had made it 99 wins for Casino Prince earlier on Saturday when she went back-to-back at Randwick.  It was her second Midway Hcp victory in a fortnight and the race went as planned for trainer Greg Hickman.

“I wanted to have Our Bellagio Miss ready for that inaugural Midway and it’s just worked out perfectly,” Hickman said. “She got the job done at Rosehill and it’s good to win another one so quickly.  Her work was good on Tuesday and I didn’t think the barrier was going to be a problem with a bit of pace in the race.”

Our Bellagio Miss is bred on the same Casino Prince – Canny Lad cross as Sanblas and has now earned $290,000 for a syndicate managed by Racing NSW Chairman Russell Balding.  First-dam Miss Canny is closely related to Group 1 sprinter Spanish Mix (MVRC Manikato Stakes) and her most recent foals have been colts by Vinery sires All Too Hard and Headwater.

Meanwhile, Casino Prince mare Sweet Deal will return to training for a spring campaign aimed at the $2 million The Invitation (1400m) at Randwick on October 23.  Restricted to fillies and mares under set weight and penalty conditions, it will comprise 12 starters invited by a panel convened by Racing NSW.

Sweet Deal was retired after her third placing behind Tofane in the Tattersalls Tiara Gr.1 at Eagle Farm in June.  She had been purchased for $850,000 by Lustre Lodge at the Inglis Chairman’s Sale in May.

“She will get fit enough to trial and then be served in early September by Zoustar,” trainer John Thompson said.  “Then she will come back to the stables for three starts and be retired for good.”

Sweet Deal will start first-up in $200,000 The Nivison (Gr.3, 1200m) at Randwick leading into The Invitation before defending her title in $1million The Hunter (1300m) at Newcastle. 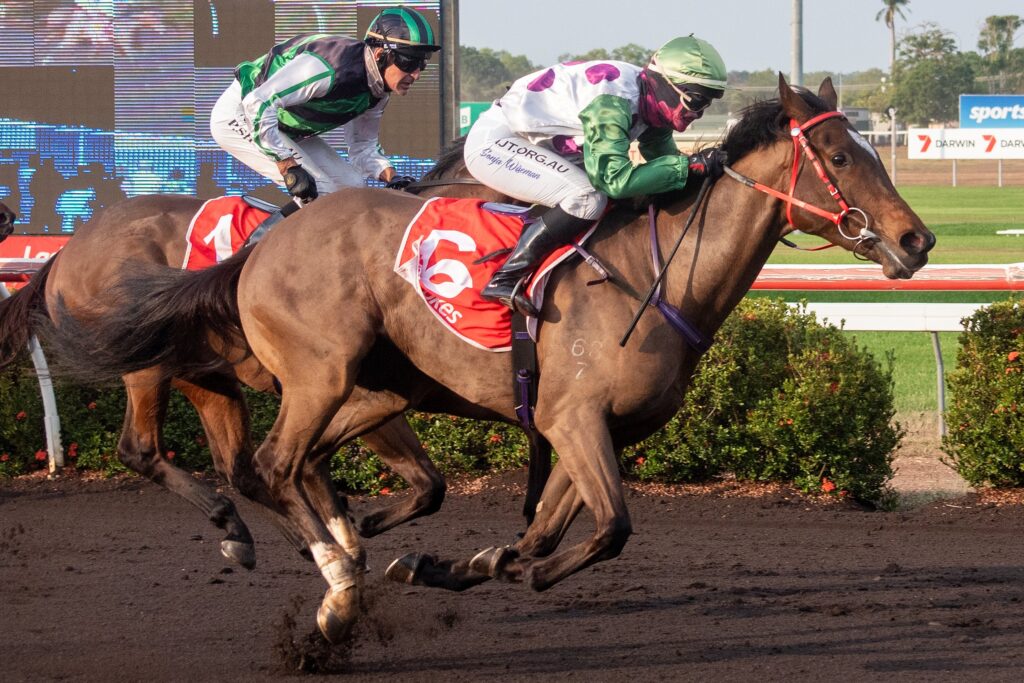