Waller will win his 11th Sydney premiership on July 31 and his current total of 159 wins is the most comprehensive margin in history.  Second-placed Bjorn Baker has 55 wins.

Criminal Code had won an Ascot 3yo maiden and been placed in the LR Melvista Stakes and G2 WA Derby for trainer Tiarnna Roberston before transferring to Sydney.

The 4yo son of Maschino is owned by breeder Jim Anderson in partnership with Marty McDonagh, John Tierney, son-in-law John Beesley and his daughter Sophie Beesley who picked the name after studying criminal law.

“His owners know the breed better than me and they told me he should run if the track was a Heavy 8,” Waller said.  “So we did and he was very good.  He’s a nice horse and could be a chance in the Wyong Cup or Premier’s Cup.”

Criminal Code stormed down the centre of the track under Tommy Berry to beat the Baker-trained Bring The Ransom (Sebring) by more than a length on Saturday.  Stablemate Papal Warrior (Fastnet Rock) was a further five lengths in arrears.

His Darley-bred dam Pale (Ad Valorem) is a descendant of Australian Horse of the Year Maybe Mahal (Maybe Lad) and she has a 2yo filly and a filly foal by Maschino.

Maschino (Encosta de Lago) is also the sire of Fabergino who won three black-type sprints for Robertson and an Anderson-managed syndicate in WA before moving east to add another three feature sprints down the straight at Flemington. 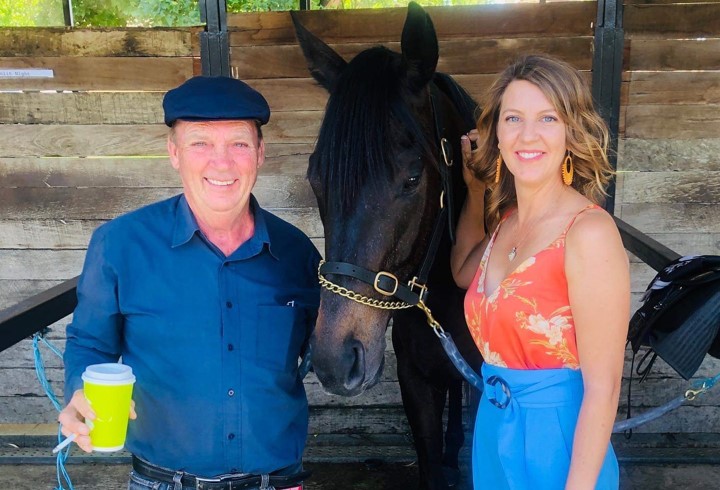