Catholic Boy has returned to competition after six months on the sidelines with an inspiring victory in the Dixie Stakes Gr.2 at Pimlico.

Trainer Jonathon Thomas predicted Saturday’s turf victory over 1700m will be the launching pad for older-male division honours this year.  “I would have been happy coming here and running a good second or third but he’s just such a gifted horse.  I’m really proud of him.”

A son of Vinery legend More Than Ready (USA), he broke sharply and took over from front-runner Real Story in the straight before Admission Office closed late to cut the margin to a half-length.

“He’s a super horse,” jockey Javier Castellano said.  “He can be on the pace or he can come from behind.  I like the way he did it today.  It was a great performance coming off a layoff.”

Catholic Boy (4r More Than Ready – Song of Bernadette by Bernardini) was last seen finishing down the track in the Breeders’ Cup Classic Gr.1 at Churchill Downs after being severely checked and knocked out of contention at the start.  He returned to scale with a deep gash to the near-fore ankle.

The Dixie was worth $250,000 on the Preakness Stakes undercard and it improved his record to 7 wins in 11 starts for part-owners Robert LaPenta, Madaket Stables, Siena Farm and Twin Creeks Racing Stables.

Present plans are to race second-up in the Suburban Hcp Gr.2 at Belmont Park on July 6 before a third campaign at the famed Saratoga summer carnival.

Catholic Boy won the With Anticipation Stakes Gr.3 at Saratoga in 2017 and returned for a stunning four-length victory in the Travers Stakes Gr.1 at the Spa last year.  His target this time is the time-honoured Whitney Stakes Gr.1 on August 3.

The Whitney is a “Win and You’re In” qualifier for the $6 million Breeders’ Cup Classic Gr.1 at Santa Anita on November 2. 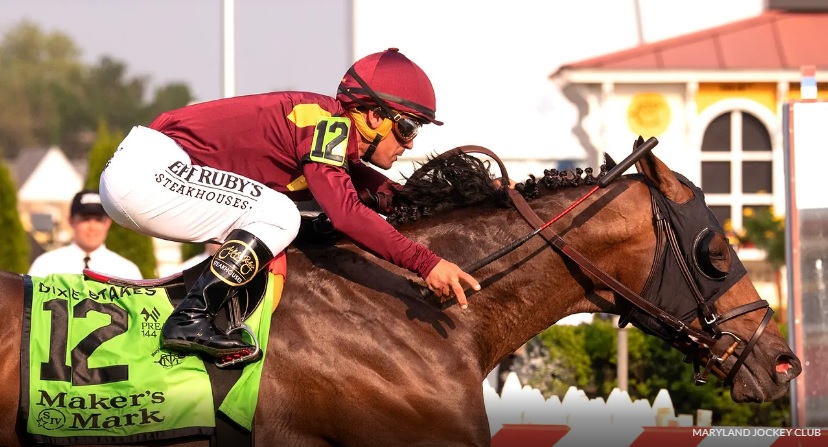