Group 1 winning breeder Rita Smith has been a valued Swettenham Stud client for many years and she has just relocated from Western Australia to Victoria.

Smith’s bloodstock portfolio has been branded under the Celestial Thoroughbreds banner and her connection with the Sangster family goes back to the 1990s.  As a co-founder of Durham Lodge Stud in WA, she purchased Swettenham stallion Scenic and Swettenham’s homebred G1 Victoria Derby winner Blackfriars.

Scenic (Sadler’s Wells) went on to win every WA sires’ title between 2002 and 2010 and Blackfriars (Danehill) has assumed his mantle to dominate WA premierships between 2011 and 2015.

Playing God and his Group 2 winning brother God Has Spoken are both at stud in WA and Smith has retained their full sister Footsteps Of God (Blackfriars) and half-sister Chant Of God (War Chant).

Footsteps Of God was covered by Toronado at Swettenham last week and Chant Of God is due to start racing shortly under the care of Kyneton trainer George Osborne.

Smith welcomed her first foal of the season last Tuesday when Moet Magic delivered a colt by Swettenham stallion Master Of Design.  The Second Empire mare was bred by Bob Peters and was a Listed winner of the Raconteur Stakes at Ascot.

British-bred Finishing School (Grand Lodge) is another broodmare scheduled to be covered at Swettenham.  She won in France for Sheikh Mohammed and is a half-sister to LR Jebel Ali Stakes winner Singing Poet (Singspiel).

Rita Smith believes the future of racing and breeding is in Victoria and her Celestial Thoroughbreds will continue to grow with 7 mares foaling down to Swettenham Stud stallions next year. 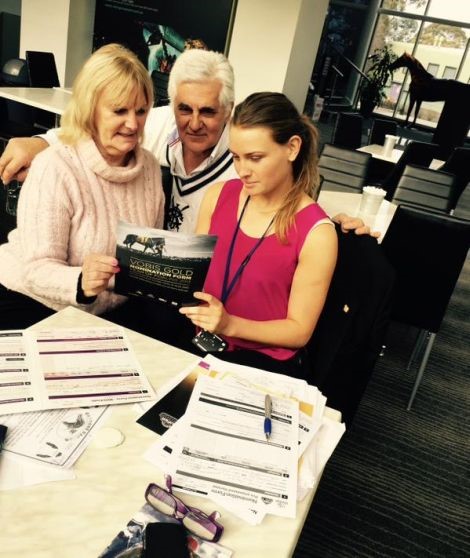