Euro Charline has returned home from an unsuccessful trip to the USA and will attempt to increase her strike-rate at the elite level in the G1 Matron Stakes (1600m) at Leopardstown this Saturday.

The Myboycharlie filly finished fourth when defending her G1 Beverley D. Stakes crown in Chicago last month after the surface deteriorated following a pre-race downpour.  “We were hoping for a dry track but there was a lot of rain that day,” trainer Marco Botti said.  “She set off too fast in front and ran out of gas in the straight.

“She’s in great order and I just hope it doesn’t rain in Ireland this week.”

Euro Charline (4f Myboycharlie – Eurolink Artemis by Common Grounds) is raced by Team Valor and she is on the fourth line of Matron Stakes markets at 10-1 behind Danehill Dancer filly Legatissimo (13-8).

Myboycharlie unearthed another juvenile winner with classic potential in France last Thursday when My Girl Market cruised home by 4 lengths in the Prix Christian Rollet (1800m) at Lyon.

My Girl Market (2f Myboycharlie – Silver Market by Marchand De Sable) was facing the starter for the second time and stretched out in style for owner Gerard Dufit and trainer Henri Alex-Pantall.

She is a stablemate of Myboycharlie’s crack juvenile colt Cheikeljack who was a 6 length debut winner in France last month.

Myboycharlie (Danetime) was named Champion French 2YO in 2007 and he shuttles to Vinery for an $11,000 (inc gst) service fee.

Closer to home, Myboycharlie filly Jameka enhanced her Group 1 claims for the spring carnival with a determined third in the LR Atlantic Jewel Stakes (1200m) at Moonee Valley on Saturday.  Despite a wide trip without cover, she stayed on strongly to fill out the trifecta behind Stay With Me and Pasadena Girl.

Jameka (3f Myboycharlie – Mine Game by General Nediym) is trained by Ciaron Maher and was racing first-up since winning the G2 VRC Sires’ Produce Stakes in March.  “She needed the run and will know she’s had a race after that effort,” stable foreman Ben Connolly said.  “The Prelude is three weeks away and that should allow her plenty of time to recover.” 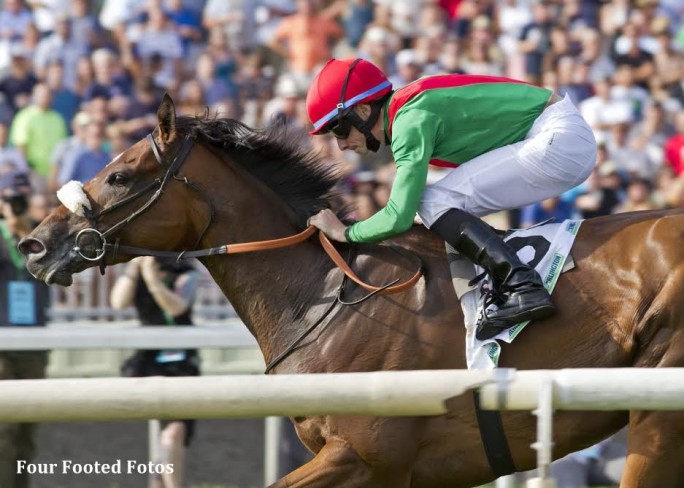