Vinery stallion All Too Hard has burst through the 100 wins barrier with a month remaining of the 2017-18 season.

It’s the first time a second-season sire has notched a century of wins since Northern Meteor in 2013-14. 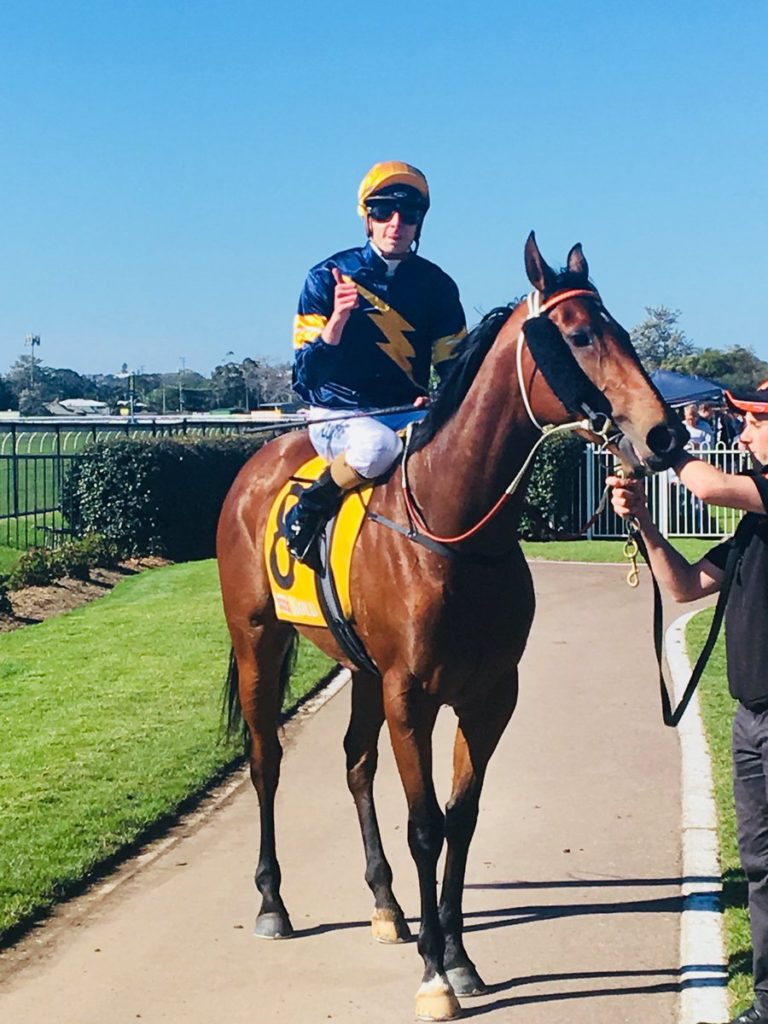 Team Hawkes was instrumental getting their former champion over the line on Saturday when Sporty (pictured) scored a front-running victory in the From The Track Maiden Plate (1400m) at Newcastle.  She led home an All Too Hard quinella for a half-length victory over fast-closer All Too Good.

Sporty (3f All Too Hard – With My by Covetous) was a $160,000 buy for Team Hawkes at the 2016 Inglis Melbourne Premier Sale.  Her dam won 8 sprints in Sydney and Brisbane and was also Group 3 placed at Randwick and Eagle Farm.

Team Hawkes went back and bought her younger full-sister for $120,000 at Oaklands last year.  Named Hardly Me, she was midfield in a Rosehill 2yo trial before going out for a spell in April.

All Too Hard added another promising maiden winner to his international scorecard when Copper Mine led from barrier-to-box in NZ on Saturday.

Copper Mine was reappearing at Ruakaka since a disappointing debut in March when he failed to let down on a Good 2 at Te Teko.  Subsequently transferred from Shaun Marsh to Cambridge trainer Catherine Cameron, he was in control from the outset on a Dead 5 and cruised home by more than two lengths.

“There was a bit of pressure on him today,” Cameron revealed.  “That was his first step towards qualifying for Hong Kong.”

Copper Mine (3g All Too Hard – Mountain by Sequalo) was purchased by Michael Chang for $200,000 at the 2016 Karaka 2YO Sale.  His dam is a three-quarter sister to Brisbane stakes winner Cariad.