The Japan-bound champion did just that when he lifted Penzance (NZ) to a last-stride victory in the Po Toi Hcp at Happy Valley on Wednesday night.

Penzance was a $160,000 buy for Bill Mitchell (FBAA) at the 2015 NZB Ready to Run Sale and was getting out to 2200m for the first time this season. Front-runner Joy Plus Fun (Sebring) was being hailed a winner in the straight before the Kiwi-bred stayer flew late to nail him right in the line.

“He is definitely in the wrong country,” trainer David Hall told SCMP. “He gets hot, he’s one-paced and he needs two miles, and none of those attributes are suitable here. But now that he has stuck his neck out and won a race, maybe that will give him some confidence to go on with things next season.”

Penzance, like Group 1 Melbourne Cup winner Prince Of Penzance, is by influential staying sire Pentire (GB) who stood at Rich Hill Stud. His dam Zablonde (Zabeel) is from the immediate family Pentire galloper Entirely Platinum who was Group 1 placed in the Memsie Stakes and Makybe Diva Stakes shortly before his close relation changed hands at Karaka.

Another Mitchell buy destined for Hong Kong is the Artie Schiller – Tarlaquena colt that made $225,000 at last year’s Karaka 2YO Sale. He’s a half-brother to Kabayan (Haradasun) who won the G2 Stan Fox Stakes in Sydney before relocating to win the Kwangtung Cup for John Moore and, you guessed it, Joao Moreira. 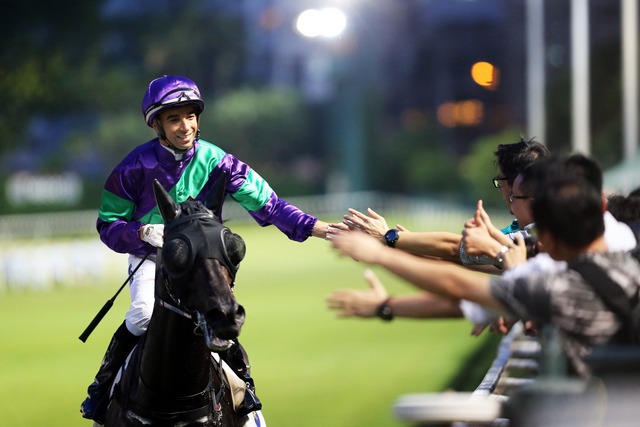