Dawson Stud-bred filly Kissonallforcheeks will head straight into stakes company after a first-up victory in the Morley Growers Market Hcp (1200m) at Ascot.

Trainer Dan Morton will nominate her for the LR Burgess Queen Stakes (1400m) on Melbourne Cup day as a dress-rehearsal for the G3 Champion Fillies (1600m) on November 14.

“She’s well above average and we were confident of a forward run,” Morton said on Saturday.  “We bypassed a trial and kept her fresh.  She can be a bit quirky but credit to my staff, they have done a super job and she was perfect today.”

Dawson Stud’s Graham Daws bred her by using Written Tycoon over Rosie Rocket (Blackfriars) who won the LR La Trice and Starstruck Classics in 2011.  She was sold for $120,000 through the Newhaven Park draft at the 2019 Gold Coast Magic Millions.

Kissonallforcheeks sat outside the leader and then accelerated to complete a winning hat-trick on either side of a winter spell.  “I was trying to hold her up and then she trucked into the race,” Brad Parnham said.  “It was good effort to finish it off like that after working early.

“The ear-muffs have calmed her down but she still needs to relax to run out a strong mile or further.”

Morton also mentioned the G1 Kingston Town Classic (1800m) as possible target if she accounts for the 3yo fillies at her next two starts.  Arcadia Queen and Kay Cee have claimed the last two editions of Perth’s weight-for-age championship after wins in the Champion Fillies and Burgess Queen respectively.

Daws retained his Star Witness 2yo filly from Rosie Rocket and named her Star Of Rosie.  She will be raced in partnership with Vicki Durrant and is on the books with Adam Durrant. 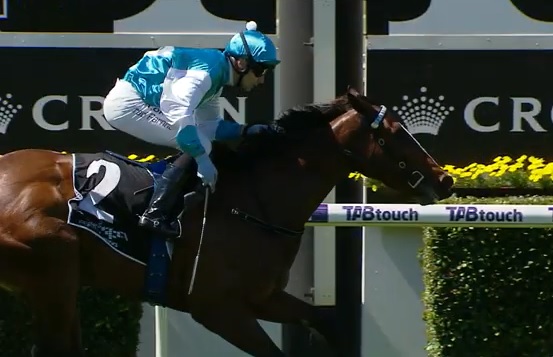