All Too Hard’s black-type strike-rate maintained momentum on the weekend with feature winners in NSW (Forbidden Love) and Victoria (All Too Huiying).

Forbidden Love broke through in the Reginald Allen Quality LR at Randwick on Saturday for trainers Richard & Michael Freedman.  She controlled a compact field in front for Tommy Berry and then accelerated to send All Too Hard’s individual stakes-winner tally to 17.

“That was a tough effort by the big girl to dig deep under a big weight,” Richard said after she kept kicking to deny Joviality (I Am Invincible) by a neck.  “We’ve always had a decent opinion of this filly and it’s onwards and upwards from here.”

The Freedmans flagged a bright future for Forbidden Love after a first-up victory at Canterbury in August.  She had been purchased for $150,000 from Bhima Thoroughbreds, as agent for breeder Kerry O’Brien, at the 2019 Gold Coast Magic Millions.

Her USA-bred dam Juliet’s Princess (More Than Ready) won four races in Adelaide and was also runner-up in a Laelia Stakes LR at Morphettville.

For an encore, the Vinery champion struck again with All Too Huiying in the Seymour Cup LR on Sunday.  It was his second black-type success and comes almost three years after the first in the Connoisseur Stakes LR at Flemington.

All Too Huiying was racing first-up over a mile and knuckled down to win a two-horse war with the favourite Gold Fields.  He was a $150,000 graduate out of the Mill Park draft to the 2016 Adelaide Magic Millions and has earned over $600,000 for owner Amy Feng.

Now trained by Phillip Stokes, the 6yo stallion is a half-brother to stakes winners Good Journey, Danish Twist and Heart Of A Lion.  Their dam Madame Flurry (Perugino) is owned by SATB Treasurer Brenton Parker and she has a 2yo filly by All Too Hard and a yearling filly by Russian Revolution. 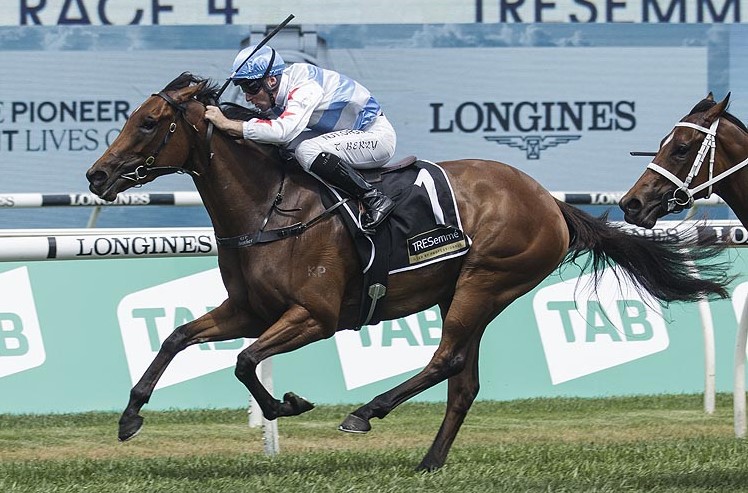