Snippetson miler Queen La Diva was a class above the competition on offer in the MDH Constructions Hcp (1600m) at Bendigo on Sunday.

Trainer Lindsey Smith opted for a Benchmark 70 at the provincials and that was a straightforward assignment for a mare who had won at Sandown and been placed behind The Inevitable in last year’s LR Tasmanian Guineas.

Part-owner Leigh Winwood had transferred Queen La Diva from Team Hawkes to Smith earlier this year and she won’t be long returning to town after the latest front-running victory.

Winwood had raced her older full-brother Kenjorwood and he earned $750,000 after wins in Melbourne (LR Lord Stakes), Sydney (Shoot Out Hcp) and Hobart (Alfa Crystal Bowl).

“She’s a free-flowing runner and looked an athlete when we purchased her as a yearling,” Winwood recalled.  “We went over budget but, as they say, you should buy the one you love, not the one that’s left.”

Snippetson stands at Scenic Lodge and he’s on the cusp of another milestone.  Queen La Diva was his 1,399th career win and his winners-to-runners strike-rate is a superior 66%.

Scenic Lodge has kept its service fees at the same level as last year.  Snippetson and Universal Ruler remain at $6,600 while Dash For Cash is at $2,750.  All fees (inc GST) with a free return.

Meanwhile, Smith provided an update for Black Heart Bart on Monday following his below-par performance in the G3 Roma Cup at Ascot.  “I’m giving him an easy week and will trial him next Monday.  Maybe he was a bit cooked from all the work in the heavy sand leading up to the race.  If he trials well then he can head to the Belmont Sprint.  If not, that will be enough for him.”

Now a rising 10 year-old, Black Heart Bart is the best galloper sired by Scenic Lodge champion Blackfriars winning 17 of his 61 starts for prizemoney in excess of $4.81 million. 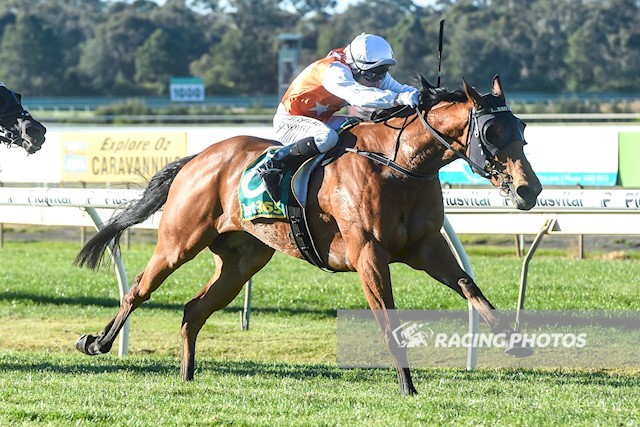