Queensland trainer Tony Sears is striking while the iron is hot with Headwater.

Sears and his daughter Maddy prepared their second winner by the Vinery freshman when Be Water My Friend handled his first start like a seasoned pro at the Sunshine Coast on Wednesday.

They also have Headwater’s last-start debut winner Maya Bay backing up at the Gold Coast on Friday.

“We love the Headwaters,” Sears said.  “Both our boys have beautiful temperaments and there’s been no sign of any shin-soreness.  Be Water My Friend had been working well and we thought he would go extra good first-up.”

Be Water My Friend (2g Headwater – Whisper Of Hearts by Duporth) was always travelling like a winner in the Q Advertising Hcp (1000m) yesterday.  He stayed on the inside section of the track despite a Heavy 10 surface and won by a couple of lengths in hand for Michael Cahill.

“He did everything we expected and more,” Sears added.  “It was a very impressive debut and now we will step him up to a stakes race in Brisbane.”

The Oxlade Stakes LR would have been a target in normal circumstances but it has been deleted this year as part of the revamped Brisbane winter carnival.  Another option is the Dalrello Stakes LR at Eagle Farm on June 13.

Be Water My Friend was bred by Gainsborough Lodge and is raced by Papua New Guinea owner Andrea Tjoeng who has been a long-time client of Sears Racing.  He’s from an unraced half-sister to Phar Lap Stakes Gr.2 winner Traitor (Mossman).

Sears had the option of running Maya Bay at the Gold Coast on Friday or Eagle Farm on Saturday before choosing the Patron Silver QTIS 2yo Hcp (1100m) at the Gold Coast.  “Michael was really impressed with his first-up win at Toowoomba,” Sears said.  “He also performed like a professional that day and we will take it one race at a time with him this prep.” 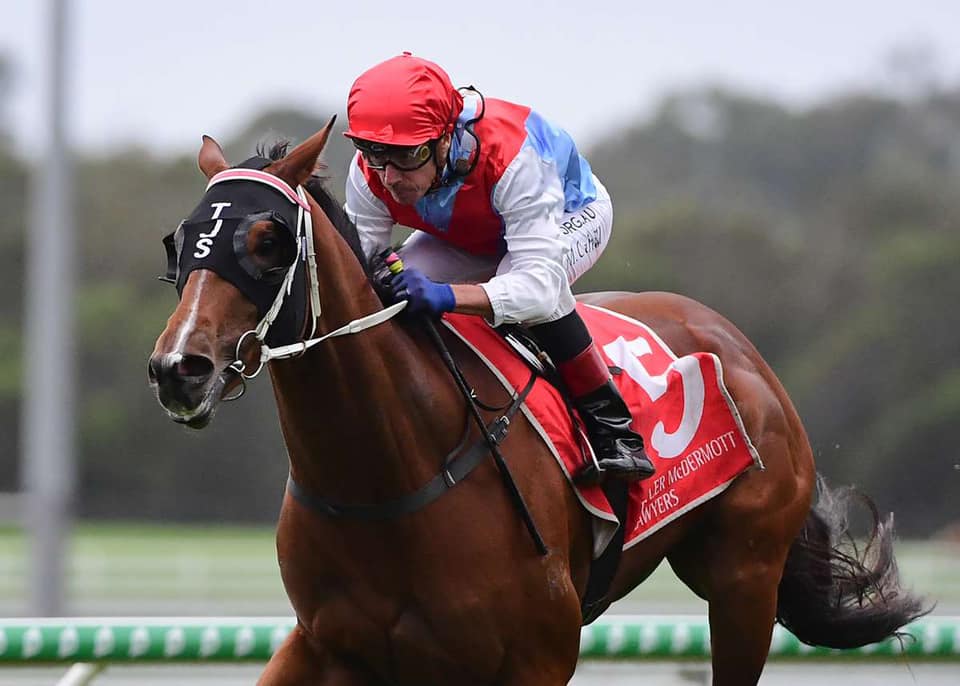 BE WATER MY FRIEND