Vinery is on the verge of its second Group 1 this week following the Breeders’ Cup Sprint victory by More Than Ready champion Roy H on Saturday.

Just hours before Roy H cruised home at Churchill Downs, Vinery graduate Aristia firmed into a $4.60 second-favourite for the VRC Oaks Gr.1 on Thursday after a convincing victory in the Wakeful Stakes Gr.2 at Flemington.

“She got a lovely run, relaxed beautifully and really let down,” co-trainer Simon Zahra said.  “She really focused with the addition of winkers and now it’s on to the Oaks.

“We’ve trained her specifically for the Wakeful and the VRC Oaks.  And we’ve kept her at this level even though she wasn’t winning because we knew she was good enough.”

Vinery partner Greg Perry bred and sold her through the Vinery consignment to the 2017 Inglis Easter yearling sale.  First Light Racing bought her for $80,000 and Perry kept a share in the filly who is right on track for a $600,000 pay-packet in the classic.

Perry had won the 2011 Sunline Stakes Gr.2 at Moonee Valley with her dam Nakaaya (Tiger Hill).  The mare has a Written Tycoon yearling colt that has been catalogued by Vinery for the 2019 Gold Coast Magic Millions. 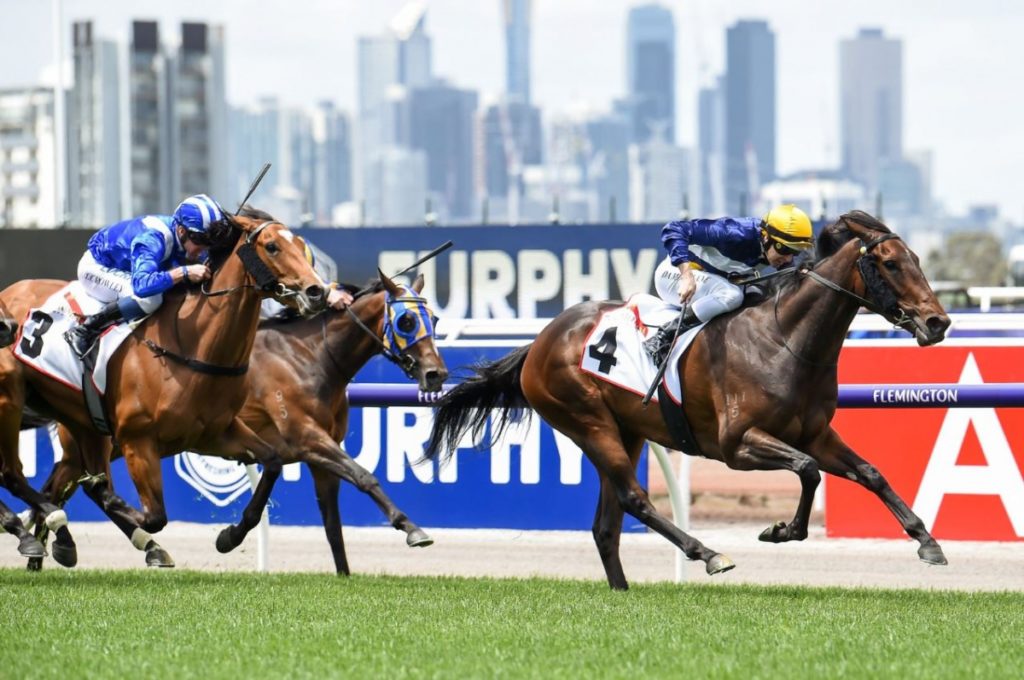