Doomben debut winner Gala Miss can deliver a third Magic Millions 2YO Classic for More Than Ready and a first for trainer Kelly Schweida at the Gold Coast in January.

Gala Miss took advantage of a lucky break in the straight to land the Lion’s Pride Building Hcp (1050m) on Saturday.  Front-runner Button Pusher blundered inside the furlong snatching defeat from the jaws of victory.

“The second horse was a bit stiff but we will take the good luck when we get it,” Schweida said after watching James Orman send his filly clear by three-quarter’s of a length.  “She’s a little porker and not fully wound up.

“I was in two minds whether to run because she’s only had the one jump-out.  Then she drew one and we decided it wasn’t worth waiting for another day.”

Gala Miss was a $170,000 buy for Schweida at the 2018 Gold Coast Magic Millions.  She was bred at Baramul Stud and is raced by stable strapper Heidi Whalley and her family and friends.  It’s an all-female syndicate making them eligible for a Magic Millions bonus worth $500,000

It’s been a decade since More Than Ready sired a running double in the Magic Millions 2YO Classic with Phelan Ready (2009) and Augusta Proud (2008).

Schweida is keen to win his first and among his colts manoeuvring for a crack at the Gold Coast Classic is last-start Doomben winner The Odyssey.  He is the first winner by More Than Ready’s Queensland-based sire-son Better That Ready.

Gala Miss is bred for 2yo black-type on the bottom-half of her pedigree.  Her dam Costume (Encosta de Lago) is an unraced sister to Kiss And Make Up (Todman Stakes Gr.2) who is covering his second book at Aquis Farm.  Second-dam Fashions Afield (Redoute’s Choice) was Champion Australian 2YO Filly in 2004-05 and she went on to a Flight Stakes Gr.1 victory at three.

Costume foaled a More Than Ready colt on Cox Plate eve and the Vinery legend is maintaining a potent fertility rate this season at a $66,000 (inc GST) fee.  He has another strong catalogue of yearlings at the 2019 Magic Millions – Vinery has 5 among its consignment of 23 lots to the Gold Coast. 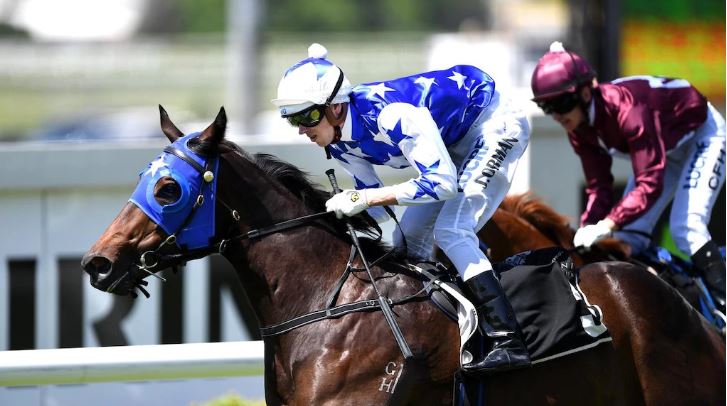