Alwyn Park sires have maintained their successful start to the season with Fair Sonari running out a ready winner of the $100,000 Coolgardie Cup (1600m) in Kalgoorlie.

Fair Sonari (Trade Fair) had been struggling during the winter season at Belmont but has recaptured winning form in the Goldfields.  He claimed the Tatts Cup (1606m) last month and defied running down again on Sunday despite drifting out to $15.

“Wet tracks were a problem in Perth,” trainer Stephen Miller said after the front-running victory.  “He loves it here and all credit to Jade (McNaught), she rides him very well.”

Double Digit filled out a Coolgardie Cup quinella for Alwyn Park.  The Demerit gelding was prepped for the 2015 Perth Magic Millions by Alwyn Park owner John Andrew and has improved a $10,000 price-tag into prizemoney of $347,630.

Trade Fair (Ire), who died in March 2018 at Alwyn Park, has sired the winners of 12 races this season and there’s some more black-type in sight when Fair Sonari steps up in distance for the LR Boulder Cup (2100m) on September 22.

Prim And Proper led Alfred Nobel’s 2yo division last season winning the LR Supremacy Stakes.  Owner-breeder Lou Luciani will set her for the 3yo filly features coming up at Ascot.

Maschino (Encosta de Lago) stands for a $4,950 service fee at Alwyn Park with Alfred Nobel (Danehill Dancer) who is priced at $2,200. 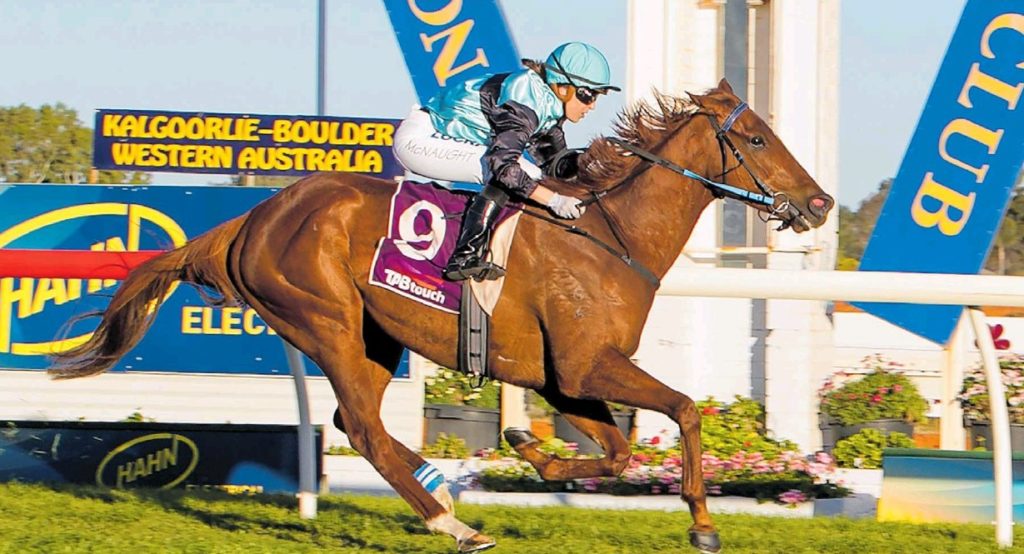