The Danehill Express gelding equalled the record of Mallant (Nilo) who won the 1957 Kal Cup for owner-trainer Eric O’Malley carrying the equivalent of 59kg.

Apprentice Aaron Mitchell settled Cougar Express within striking distance of the leaders and then pinched a winning break at the top of the straight.  “He was always travelling extra well,” Mitchell said.  “He let down nicely and was really strong to hold on at the finish.”

Cougar Express was bred by former Carlton premiership player Ross Ditchburn and races for a syndicate of locals from the small wheatbelt town of Kukerin.

A late bloomer, he won the 2014 Newman Cup as a maiden for Donnybrook trainer Brett Southcott and later transferred to Lindsey Smith to claim the 2016 Bunbury Cup.

The Goldfields result improved his record to 7 wins in 39 starts for prizemoney of $396,545.

“Danehill Express continues to produce good quality winners,” Mungrup’s Ann Croucher said.  “He’s great value for money at a $4,400 service fee and is an excellent choice for owner-breeders who want to race tough three year-olds who train on – just like Cougar Express.” 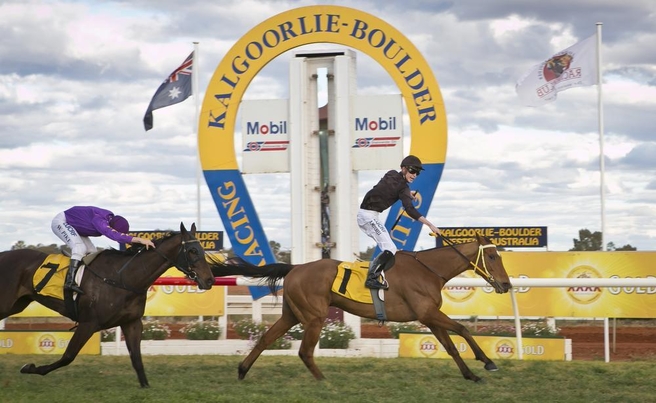