Former New Zealand gelding Count Da Vinci is on the cusp of a cups’ campaign in Tasmania.

The budding stayer is coming off a bold, front-running victory under 59kg in the Treasury Wines Hcp (1620m) at Launceston.  “He was always travelling well and showed a good turn of foot when David (Pires) asked him to go,” trainer Scott Brunton said.  “That’s one of his big assets.

“This horse still has a bit to do to prove he is a cups horse but I have a very good opinion of him.  Getting him qualified is a big ask.  Long-term, he looks like a good stayer in the making, however, we will see just how far we can go this preparation.”

Count Da Vinci (6g Faltaat – Cool Talk by Shinko King) is unbeaten in three starts for Brunton and owner Wayne Notman since arriving from New Zealand in July.  The Hobart and Launceston Cups are on the radar with both worth $200,000 and contested at Group 3 level over 2400 metres in February.

Bluegrass Bloodstock (FBAA) agent Lenny Russo sourced the gelding following hours and hours of research and watching race-replays from New Zealand.  “He’s got a high cruising speed and had won a Woodville maiden over 2100m last year ,” Russo recalled.  “He has all the right ingredients to make it over here and it’s been a fantastic start for Scott and Wayne.”

Russo knows the New Zealand market having worked for Cambridge Stud, TeRunga Farm and Ashwell Farm.  “Sometimes you have to offer more than market value to buy a horse like Count Da Vinci,” he said.  “But I’ve maintained some great contacts which helps when targeting horses over there.

“The Faltaats are a tough breed.  I prepared many of his yearlings in New Zealand and I also looked after his damsire Shinko King.  He was a most resilient stallion and his stock can stay.”

Russo also reports Malaguerra has arrived back home from Perth in sensational order after a close-up fifth in the Group 1 Winterbottom Stakes.  The star sprinter was purchased by Bluegrass Bloodstock for $32,000 at the 2013 VOBIS Gold Sale and has since earned over $1.45 million for owner Bruno Micalizzi. 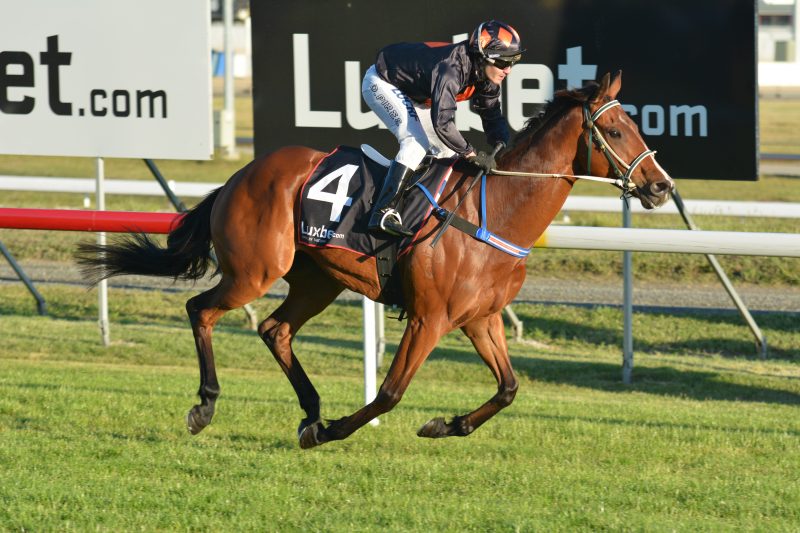