Pluck filly Life On The Wire takes the next step towards stakes company in Launceston on Wednesday night.

A last-start winner for Brunton Racing, she will go up in grade against a quality field in the $50,000 Hesketh McCrimmon 3YO Cup (1200m).  Among her rivals will be top filly Hot Dipped who hasn’t been seen since finishing fourth at Caulfield in August.

“She’s coming off a very good win in Hobart and the form out of that race has been franked a couple of times,” David Brunton explained.  “The runner-up Giselle’s Girl came out and won next time and so did fourth home Scrutineer.

“We’ve always had a very high opinion of the filly.  We threw her into the (LR) Gold Sovereign first-up in February and she finished fourth to Hot Dipped.”

Life On The Wire has several alternatives going into the New Year.  The Thousand Guineas (1600m) in January is an option followed by the LR Strutt Stakes (2100m) and LR Tasmanian Oaks (2100m) in February.

Her NZ dam Our Seventh Heaven (Vettori) won the Taupo Cup (1950m) and close relation What Life Brings won the 2013 Hobart Guineas (2100m) for the Bruntons.  “She only cost $10,000 at the Adelaide Magic Millions which was well below what I thought she was worth,” Brunton recalled.  “She was just a little off-set but it hasn’t stopped her one bit.”

Pluck (USA) stands alongside his sire More Than Ready at Vinery and his next crop of yearlings start parading at the Magic Millions in January.  The Gold Coast filly (Lot 927) from China Road is related to top Kiwi colt Ugo Foscolo and the colt (Lot 956) out of Flash Halo is also from a family of stakes winners in NZ. 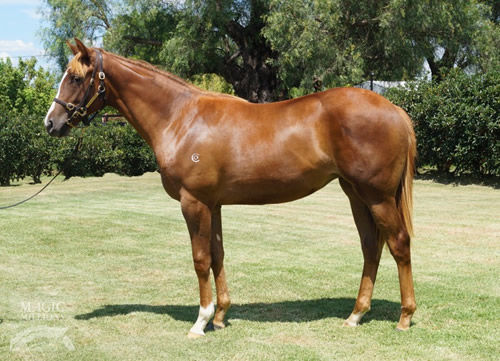