The cream rose to the top during the select 60-lot catalogue at Riverside Stables and that was evident well before Inglis announced a final average of $432,000.

Topping the FBAA list was John Freyer with a $1.70 million bid on behalf of Arrowfield Stud for Norzita (Lot 16). A NZ-bred Group 1 winner of the 2012-13 Flight Stakes and Vinery Stakes, she was sold in foal to Snitzel.

Freyer and Arrowfield Chairman John Messara outbid Peter Ford (FBAA) who was acting for Hilldene Stud’s Nick Wakim. “I tried to buy her privately earlier this year – she’s got everything and suits four of our stallions,” Messara said. “Ff we decide to sell the yearling, we could get a great part of that money back.”

Norzita was raced by the late Dato Tan Chin Nam and his bloodstock advisor Duncan Ramage (FBAA) confirmed the daughter of Thorn Park is the last of his high-profile fillies to be sold. “It’s a poignant moment but very satisfying to see the money she made,” Ramage said. “And Arrowfield has the choice of sending her to Snitzel, Dundeel or The Autumn Sun.”

Ford and Wakim weren’t to be denied when G1 Thousand Guineas winner Aloisia (NZ) entered the ring as Lot 34. They bought the Azamour mare for $1.20 million from OTI Racing. “We were very happy to get her at that price although it was at the top end of our projections,” Wakim said. “We were on the look-out for an outcross mare and a Thousand Guineas winner doesn’t come on the market that often.”

Mitchell Bloodstock filled out the FBAA triumvirate on the leader-board with a $600,000 bid for Noondie (Lot 15). Her first foal Booker (Written Tycoon) won the G1 Oakleigh Plate in February and the Flying Spur mare was sold with another positive to Woodside Park’s champion stallion.

Bill and James Mitchell had started the week with a Group 1 victory of their own when Beat The Clock won the Chairman’s Sprint Prize at Sha Tin.  He was knocked down to Bill for $200,000 at the NZB Karaka 2YO Sale and has now earned the equivalent of AUD 6.37 million.

“Beat The Clock you superstar!” Mitchell tweeted shortly after the Hinchinbrook gelding claimed his second Group 1 in Hong Kong. “Congrats to loyal owner and friend Merrick Chung and the Magic Man Joao Moreira.”

Other FBAA members active at the Chairman’s Sale were 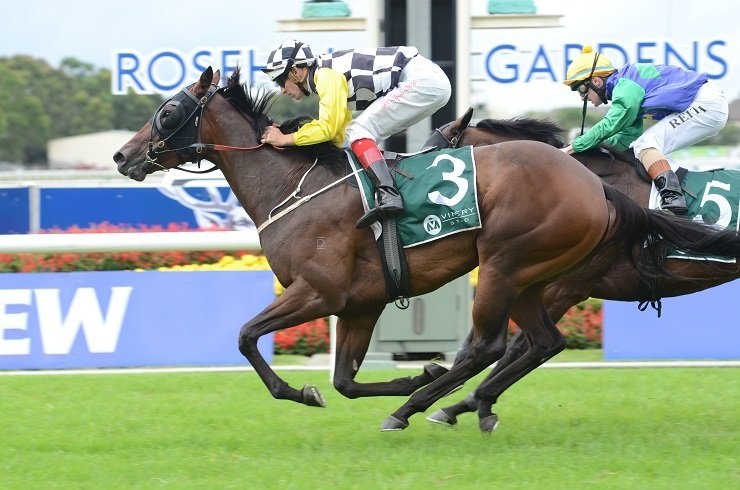