The Western Australian racing, breeding and equestrian industries are shocked and saddened by news that Taunton Vale owner Kent Johnston has died.

Johnston, 64, passed away on Wednesday – he had been hospitalised for brain surgery in Perth late last year.

A third-generation horseman at Taunton Vale in the south-west at Dardanup, Johnston is survived by his wife Nina, children Drew (10) & Anya (6) and adult children Pia & Zoe and Oliver & Elliot from previous marriages.

“He passed away at home with me after insisting on making the bed and getting dressed in his work clothes,” Nina revealed.  “He always said the only way he was going to leave the farm was in a box with his boots on.

“He loved what we did and never wanted to retire until this cruel disease took his life bit by bit.  He was a fighter to the end and just before Easter he was still coming out and supervising the stud.

“Kent was a breeder through and through and one of his wishes was to make the yearling sales at the new arena in the Swan Valley.  He was so pleased to see we finally had an excellent complex.

“He also wished to make the WA Australian Stock Horse Championships which he did, proudly watching his son compete and his son-in-law win on the horses he normally would have been riding.”

Taunton Vale has been home to several successful stallions since the 1990s including Tribu and Demerit who is a Top 10 sire on the WA premiership this season.  Demerit’s emerging sprinter Special Reward, who was bred and sold by Taunton Vale for $145,000 at the 2017 Perth Magic Millions, completed a hat-trick at Ascot last Saturday.

Johnston had been a member of Thoroughbred Breeders WA for over 30 years.  “It’s very sad to lose such an all-round good fella,” TBWA President Brent Atwell said.  “And, apart from everything else, Kent was a top-class horseman.”

Johnston was also vice-president of the Dardanup Equestrian Centre where his loss will be keenly felt by the executive and members.  “Kent was in everything,” president Mick Della said.  “He was salt of the earth and very knowledgeable.

“He was involved in the Horse & Pony Club, Campdraft Association and Stockhorse Society.  We’re going to miss him as a mate and for all his work at the Equestrian Centre.” 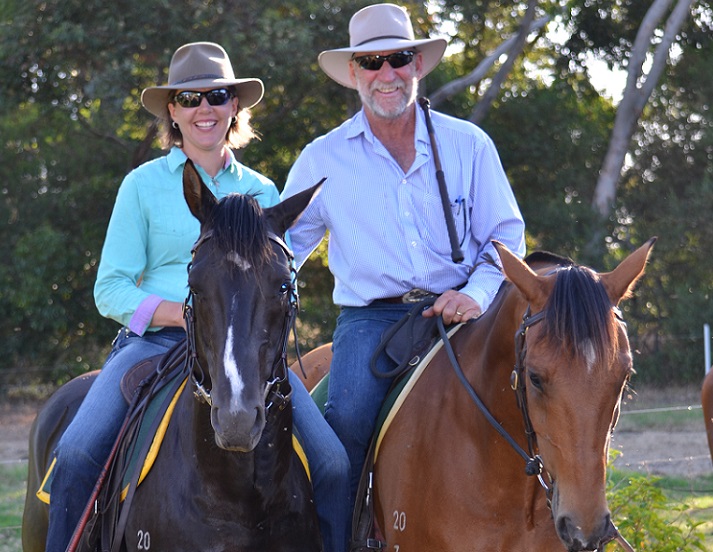