It will be with mixed emotions that Kellie Curtain heads to Moonee Valley this Saturday.

The enthusiastic owner is excited about seeing Cath’s Village, a Master Of Design filly that she races with a large group of friends, make her city debut in the $120,000 Embassy Print Solutions Sprint (1000m).

But the visit will be tinged with sadness, given it marks the first time Curtain has returned to the venue of her father’s death.

Kevin Curtain died suddenly while saddling up a runner at the corresponding meeting in 1991. “I wasn’t there that day and I haven’t been there since,” Curtain said. “I’ve recently returned from living overseas but I haven’t really wanted to go back to Moonee Valley. But we will be there this Saturday.”

The team that race the Darren Weir-trained filly – which includes another of Kevin’s children, Stephen – are marking the occasion in a special way. Jockey Chris Parnham will sport the colours that Kevin’s horses carried to victory on hundreds of occasions.

Cath’s Village’s has won her last two at Geelong and the Curtain colours of navy with a white v and armbands and cap are similar to those of Lloyd Williams. The Hall of Fame owner fondly recalled his friendship with Curtain who was known to most as ‘Tosca’.

They struck up an association in the early 1970s, which Williams said, in hindsight, was not a great surprise. “I was a punting owner and he was a punting trainer,” Williams told RACING.COM writer Brad Bishop this week. “Punters tend to find each other.

They also shared a special victory on the biggest day on the Australian calendar. “I won the 1981 Melbourne Cup with Just A Dash and Kevin won the second leg of the daily double with That’s The Time,” he recalled. “He was very happy that day. We both were.”

Seeing her father’s colours back in action aboard Cath’s Village will only add to the occasion for Curtain, who is part of the group of friends who race the filly named in honour of Cath Baker, who suffers from MND.

“Cath will be there, which is great, because things are getting a little more difficult for her mobility-wise,” Curtain revealed. “It’s nice to have Dad’s colours on, but it’s really about Cath and everyone will be cheering the filly home.”

Greta West Stud resident Master Of Design sired Cath’s Village from Path Of Love (More Than Ready) and she cost $65,000 at the 2016 Inglis Melbourne Premier Sale. 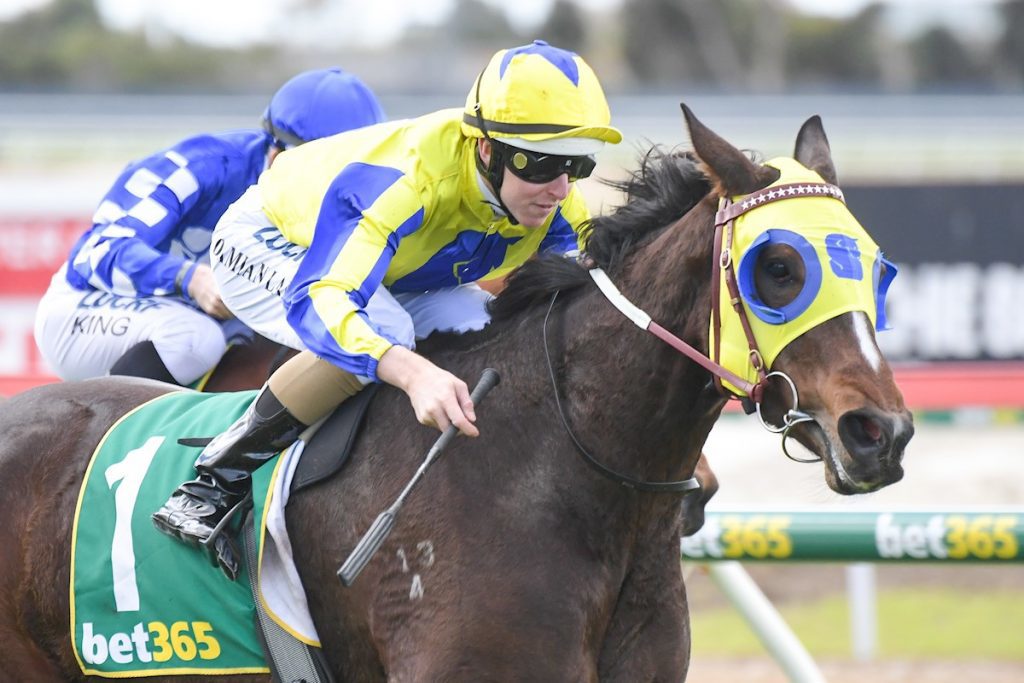