Taunton Vale stallion Demerit is poised for an early pay-day at Belmont this Saturday with Special Reward and Danny George.

Special Reward will be searching for some prizemoney of his own when he runs in the Quayclean 2YO Plate (1300m) while Danny George can resume with another first-up win in the TABTouch Hcp (1000m).

Trainer Simon Miller has black-type targets in mind for Special Reward who looked a class act winning on debut at a Belmont midweek meeting earlier this month. He earned $24,000 with the addition of a Westspeed bonus and first slice of Saturday’s prizemoney will help him qualify for WA Guineas.

Worth $500,000, the G2 WA Guineas (1600m) is scheduled for November 25 at Ascot. “He needs to win a couple quickly to get his stakes money up for the big ones,” Miller said after the front-running win on June 6. “That was really good and I think he’s a Guineas horse.

“He’s still raw but won with his ears pricked,” Miller added. “And he will be even better when he can sit and chase.”

Special Reward is the highest-priced Demerit at public auction after being knocked down for $145,000 at the 2017 Perth Magic Millions. He was purchased by Peter and Kerrie Caporn out of the Taunton Vale draft and is a half-brother to Showy Chloe (G3 WA Sires’ Produce Stakes).

Winning jockey Shaun McGruddy will have some tough calls to make now that Special Reward is in the mix for the WA Guineas. Connections of Lordhelpmerun and Black Sabbath are also counting on ‘Shooter’ when they return from a winter spells.

“Special Reward is a big horse with a big stride and will appreciate a more genuine pace when he goes up in grade,” McGruddy predicted. “He’s going to get further than a mile down the track.”

Danny George was a $23,000 bargain buy from Taunton Vale at the 2016 Perth Magic Millions. He paid that off winning at Pinjarra in February-March and is back for his biggest test to date at Belmont this Saturday.

Demerit sired him from Tribal Secret (Tribu) who won at Ascot and Belmont and was also stakes placed in a LR Starstruck Classic. She lost a Demerit colt last year shortly after her daughter Tee Pee Cat (Bearcat) foaled a Demerit filly for Steve Wolfe.

Taunton Vale studmaster Kent Johnston stands Demerit for a $5,500 service fee and King’s Troop (Redoute’s Choice) will be covering his second book at $2,750. 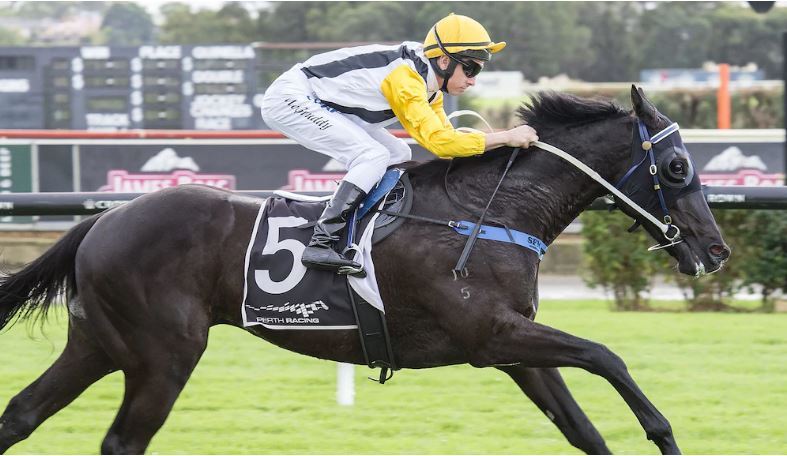