A syndicate of international buyers topped Wednesday’s session of the Inglis Easter yearling sale with a $2.40 million bid for the Medaglia d’Oro colt from stakes winning mare Hoss Amor.

Stonestreet bloodstock agent John Moynihan said the colt was really special.  “We thought it best to go at it as a team rather than go against each other, knowing he was going to attract a lot of money.  You’ve got to step up to get those good ones.”

Yarraman Park’s Arthur Mitchell said the colt was the perfect yearling.  “He bloomed and never put a foot wrong.  He’s just a lovely-natured colt but we didn’t think he would make that sort of money.”

Arrowfield Stud sold a Snitzel – Response filly for $1.70 million to Emirates Park.  “She has it all – pedigree, type, sire – and was worth every penny,” Arrowfield Chairman John Messara said of the top-priced filly.  “She’s a queen.”

Inglis Managing Director Mark Webster said the sale statistics highlighted the overall health of the industry.  “The diverse interest in racing and breeding across the globe is phenomenally strong at present and that’s having a significant impact.” 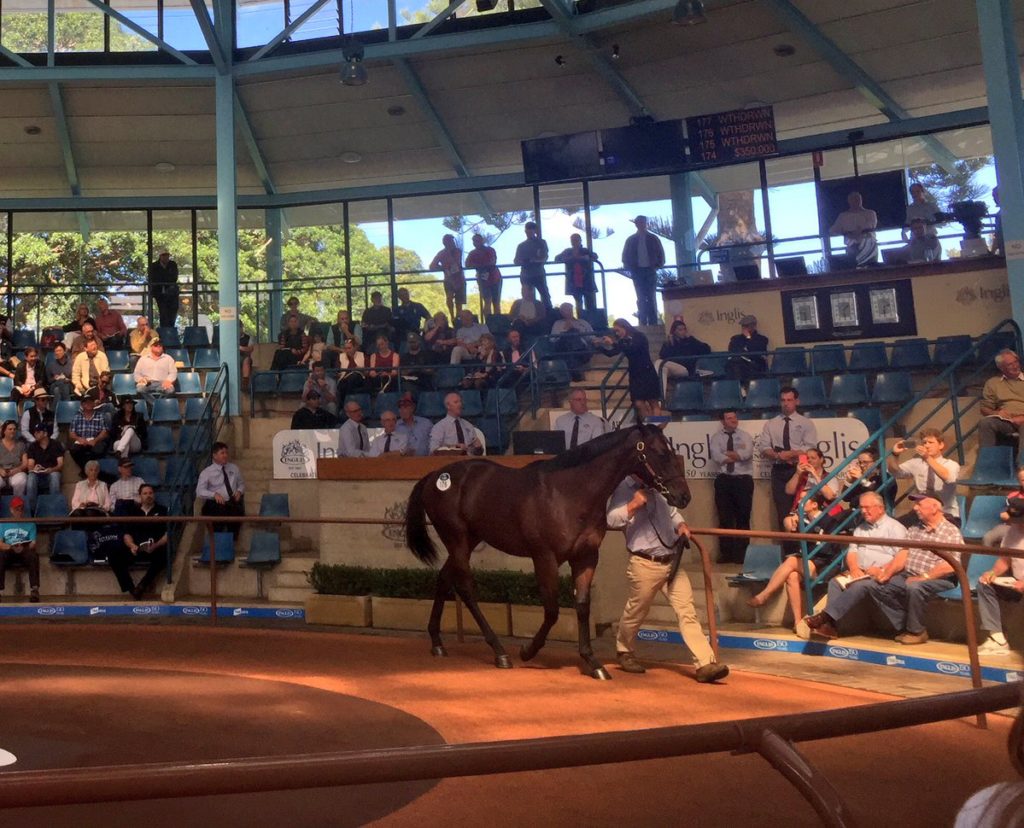