Stakes-performed colt Wolf Cry is the latest addition to the Larneuk Stud roster in Euroa where he will stand for a $4,400 (inc gst) service fee.

Larneuk’s Neville Murdoch has been chasing the son of Street Cry for some time.  “He is a magnificent type with plenty of natural ability and he has a great pedigree from a family well known to breeders in Victoria.

“He has early form which makes him in an outstanding VOBIS prospect and he’s bound to upgrade his mares.”

Wolf Cry (4h Street Cry – Starfish by Redoute’s Choice) was bred by Bob Scarborough at Wood Nook Farm in Nagambie and sold for $320,000 at the 2014 Gold Coast Magic Millions yearling sale.  Leading agent James Bester bought him on behalf of a syndicate and kept a share along with Scarborough, Rob McClure, John Murray and Lou Macri.

Trained by Peter and Paul Snowden, Wolf Cry was stakes placed as a 2yo behind Vancouver (LR Breeders’ Plate) and Exosphere (G2 Skyline Stakes).

Given an extended break, he returned the following January for a career-high victory in the $250,000 Magic Millions Maiden Plate (1200m) at the Gold Coast.  He won eased up by three lengths in a quicker time than Capitalist clocked in the Magic Millions 2YO Classic later that day. 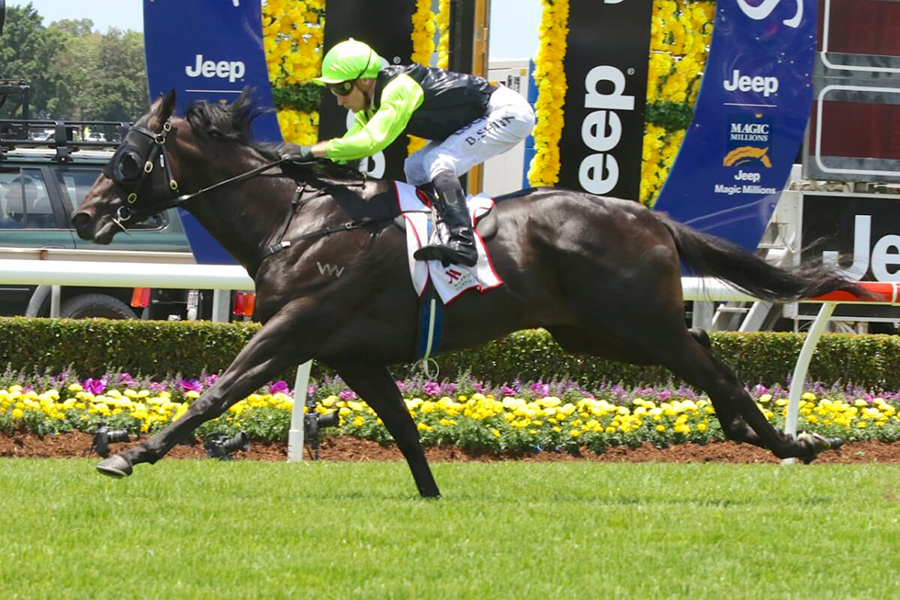